A property owner and manager will pay for their roles in a real estate scam in Rockland County, according to the New York State Attorney General.

Russell Mainardi, a property manager at  18-36 Columbus Avenue in Spring Valley, agreed to banishment from the real estate business in New York for milking an affordable co-op for personal benefit and putting it on the verge of foreclosure. 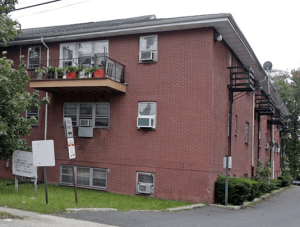 Attorney General Leticia James announced the agreement last week following a two-year investigation revealing an affordable housing cooperative development in Spring Valley was in danger of foreclosure due to illegal misuse of co-op funds by Mainardi and his girlfriend, who was acting as a property manager for the co-op.

According to the investigation, Mainardi in 2014 convinced the former board president to hire him to assist the Columbus Avenue co-op with its finances but charged inflated rates. Investigators say Mainardi lied about his experience and background, having never worked with a low-income co-op and hid a felony conviction for mortgage fraud and tax evasion. He then recruited his girlfriend into a position as a “no-show” property manager, double billing the co-op for the same management tasks allegedly performed by both of their entities. Mainardi also set up the board president so that he was paid a salary as the superintendent and did not have to pay any maintenance for his co-op unit, in violation of the co-op board rules.

Under an agreement with the state, Mainardi and his collaborators were ordered to pay $148,681 in restitution to the co-op and $250,000 in penalties. The agreement also requires Mainardi to vacate $696,647 in liens he had improperly placed against the property. It also forces his girlfriend to resign as property manager and permanently bans Mainardi from real estate development or financing activity in existing residential properties in New York.

Rockland Community College has been selected one of three schools to receive $210,000 to develop and launch a financial coaching program to improve students’ financial health and increase their graduation rates. 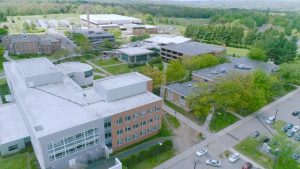 The program from the National Council for Workforce Education, developed with Westchester Community College, is expanding nationally through a $2.5 million investment from JPMorgan Chase.

The NCWE Team will assist Rockland Community College in developing a long-term business plan to embed financial wellness into their strategic and budget plans, to support the sustainability of the initiative. 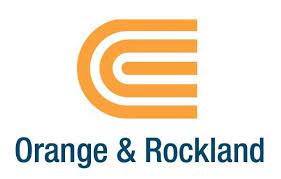 “With inflation taking an increasingly bigger bite out of peoples’ paychecks, we are seeing an uptick in the numbers of households we serve who rely on us to continue to feed their families,” says Dan Eudene, Executive Director of CCCSR. “Every dollar donated provides four meals to a needy family, so we are grateful to O&R for their ongoing generosity which helps immensely in our mission of helping our neighbors.”

The CCCSR Food Pantry is located adjacent to its offices at 78 Hudson Avenue in Haverstraw, New York. No one is ever turned away from receiving food for any reason; to register, call (845) 942-5791 during office hours. In addition to food, program participants learn about the benefits of using fresh ingredients from the bounty harvested from the “Garden of Love.”

“We’re committed to supporting activities and enhancing the vitality of the communities we serve,” says O & R spokesperson Linda Feger.