A state lawmaker is calling on the MTA to delay its congestion pricing plan and create a one-seat ride from Rockland County to Manhattan.

“I understand that the MTA needs money,” said Sen. Elijah Reichlin-Melnick. “It can’t come on the backs of people who have no other good options for getting into the city.”

The Senator is calling for the MTA to appoint someone from Rockland to the board advising the project. If it passes, the plan will make New York the first U.S. city to charge drivers an extra fee for entering its most congested areas. 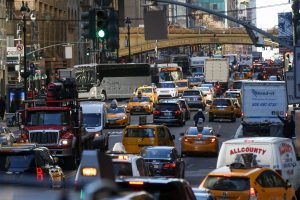 But Rockland officials widely agree that riders west of the Hudson River should not have to pay the toll because they do not have a direct train to the city. Many commuters opt to drive to Manhattan to save time and money.

“The Central Business District Tolling Program is intended to reduce vehicle congestion, improve air quality and support investment in public transportation, which benefits everyone who works in or visits the Central Business District,” said MTA spokesman Aaron Donovan. “The Traffic Mobility Review Board is required by statute and will review analysis on the effects of the program and consider arguments for credits, discounts, or exemptions as it offers suggestions for the toll rates. The MTA, NYSDOT & NYCDOT will hold six virtual public hearings next month as part of the program’s environmental review that will offer opportunities for public comment on the program.”

The MTA will hold a series of hearings at the end of next month to collect feedback before the Federal Highway Administration must issue final approval.

County Executive Ed Day is disappointed the MTA established its Review Board without representation of MTA’s West of Hudson service region.

“Rockland County is the least served by the MTA of any other member of the Metropolitan Commuter Transportation District (MCTD),” said Day. “Many of our resident commuters drive into Manhattan because of the dearth of transit options available to them and because of the sub-par, and often unreliable, rail service which is operated by NJ Transit via contract with Metro-North, and extreme limit in quantity and dismal in quality.”

The MTA will hold public hearings on the project’s Environmental Assessment next month.  The hearings will be held online, accessible via the project’s website:  NYC Central Business District Tolling Program (mta.info)

Terry Clarke, owner of Nyack’s Black Parakeetz Paint, Swig & Sing!, has been named one of the New York Small Business Development Center’s (SBDC) ‘Entrepreneur of the Year’ award winners. The awards were announced in a virtual ceremony on Tuesday, July 26.

The awards recognize small business owners who, with the assistance of SBDC advisors and services, have excelled in planning, establishing, promoting and growing their businesses. 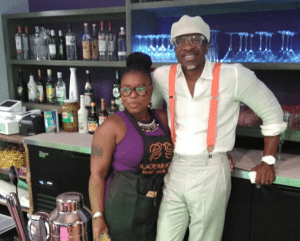 Black Parakeetz Paint, Swig and Sing!, which opened in the fall of 2021, is about group fun: painting with friends, drinking high-end cocktails at the martini bar, and karaoke in a super-sleek setting. There’s also food, including pizza, at the newly opened venue at 298 Main Street off Route 9W. RCBJ featured the entertainment newcomer on Sept. 26, 2021.

“We’re humbled to be recognized by the SBDC given everything they’ve done for us,” said Clarke. “We couldn’t have made our dream a reality without their support.”

The SBDC is administered by the State University of New York (SUNY) and funded by the U.S. Small Business Administration, the State of New York, and host campuses, including Rockland Community College.

“It’s great to have the SBDC supporting local businesses, and we’re happy to welcome Black Parakeetz to our community,” added Nyack Mayor Don Hammond. “It’s a particular honor for our village to count a ‘Veteran Entrepreneur of the Year’ among our successful business owners.”

The 22 SBDCs across the state each nominate entrepreneurs for recognition in one of eight business categories: Veteran-owned, minority-owned, female-owned and growth-focused, as well as entrepreneurs in key industry segments including manufacturing, exporting, bonded contracting and procurement.

Clarke’s venture was nominated by the Rockland Center.

Clarke built the business with the help of a $150,000 capital expansion loan from Community Capital New York. Clarke used the loan to renovate the building, purchase furniture, fixtures, and equipment, and create seven new jobs.

“We wouldn’t be where we are today without the SBDC and Community Capital,” he said. “They gave help in supporting our dream exactly when we needed it.”

“We’re very proud of Black Parakeetz and expect they’ll serve as an inspiration to budding entrepreneurs in Rockland County,” added Tom Morley, Director, Rockland Regional SBDC at Rockland Community College. “We welcome all newcomers and provide assistance for business needs from the most basic to the most sophisticated, as well as disaster relief and other emergency assistance when needed.”

New York Businesses Being Charged To Pay Back Federal Loans

New York businesses are receiving surcharges from the New York State Department of Labor to pay back federal loans the state took out to cover the unemployment benefits it had to pay during the Covid-19 pandemic, reports WNBR News Radio. 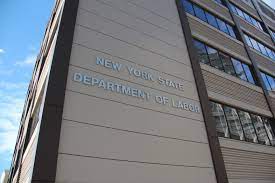 The letter that some businesses have already received states: “The Interest Assessment Surcharge (IAS), enacted by the New York State Legislature, assesses a temporary charge to businesses to ensure the state has sufficient funds to pay the interest owed. While the IAS rate will vary from year to year, the current rate is .23 percent.”

The report said more than 500,000 businesses in New York that pay unemployment insurance would receive a letter notifying them of the surcharge. Businesses must make the payment by the end of September, even though many haven’t even received the letter.

The Department of Labor website says most businesses will be charged $27.60 per employee. It also says New York has paid only 11 percent back of the $9.2 billion it borrowed to cover the unemployment benefits during the pandemic and that businesses will be required to pay the surcharge annually until the entirety of the loan is paid off.