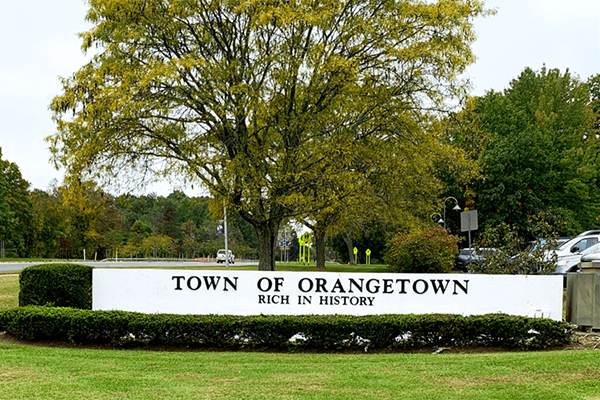 The last time the Town of Orangetown updated its comprehensive plan George Bush was starting his first term in the White House, MySpace was launching, and the Tampa Bay Buccaneers beat the Oakland Raiders in the Super Bowl.

It’s time to freshen up the guiding principles for Orangetown’s land use and zoning. On Tuesday, town officials will unveil the latest update to its comprehensive plan during a town hall public hearing, which will establish a guiding framework for future sustainable development, economic growth, and natural resource preservation in the town. The plan also includes the Village of South Nyack, although it does not have its own distinct downtown, and is predominantly composed of one- and two-story, single family homes.

Rockland County Business Journal takes a look at those aspects of the Comprehensive Plan that will affect land use, economic development, and future opportunities for commercial and residential real estate development.

Overall, the plan aims to recognize an appropriate balance of residential and non-residential development, acknowledging that the town needs more multi-family housing. Some 92 percent of Orangetown’s housing stock is made up of single-family homes. A provision for as-of-right garden homes, duplexes, triplexes, and quadplex housing are part of the proposed planning document.

Nearly 40 percent of Orangetown’s land mass is zoned for residential use; to maintain the town’s character, the proposed plan considers consolidating several zoning districts to allow for higher densities and more “as-of-right” uses, and to allow for more flexibility and the removal of non-conforming lots in the R-15, R-22, and R-40 residential zones.

Though Orangetown appears to have a strong commercial base, commercial properties only comprise roughly seven percent of the town’s properties; industrial uses add up to about five percent. The plan contemplates creation of a new mixed-use districts most likely in the hamlet centers that would allow mixed commercial and residential buildings to reduce sprawl, minimize infrastructure costs, and encourage the use of public transit.

The proposed plan aims to encourage small businesses by supporting downtown revitalization. Among its directives, the town will seek grant and funding opportunities while educating business owners on how to apply for grant money.

The plan recognizes that small businesses are imperative to the vitality of hamlet centers, which provide cultural, recreational, and entertainment amenities desired by the community. The plan calls for utilizing placemaking strategies such as annual community events, pop-up holiday markets, farmers markets, public art, and live entertainment to draw residents and visitors to the community and patrons to local businesses. These are significant goals because suburban communities compete, not only on the quality of schools and the housing market, but on amenities and attractions that define quality of life.

The town’s proposed plan says it will pursue New York State Downtown Redevelopment Grants similar to the $10 million grant the Village of Haverstraw recently received. Also, the Empire State Economic Development Fund Program could be a source of grant money for the local economy.

Towns like Orangetown must be open to business. The plan calls for updating and modernizing the Zoning Code to simplify enforcement, remove inconsistencies, and consider new land uses that are not previously covered in the code. It also suggests the importance of streamlining the Zoning code and land-use review process.

However, the town wants to discourage new warehouse and distribution centers in zoning districts close to residential areas and in the Route 303 Overlay District at a time when the appetite for warehouse building has become voracious due to a heated-up e-commerce economy.

Some 17 percent of Orangetown is green with public parks and open space, including Blauvelt State Park and Tallman Mountain State Park, and 15 percent is undeveloped. The plan places an emphasis on protecting open space, viewsheds, historic resources, and community character. The plan calls for developing design guidelines for facades, signage and streetscapes to preserve, protect and enhance the town’s characteristics.

Finally, the town is considering establishing its own local development corporation (LDC), similar to the one the Town Of Ramapo has. An LDC is a not-for-profit corporation whose mission is to reduce unemployment, increase job opportunities, and attract and retain industry. An LDC can acquire property, fund construction, or issue bonds.

The entire draft comprehensive plan is available on the town’s website.