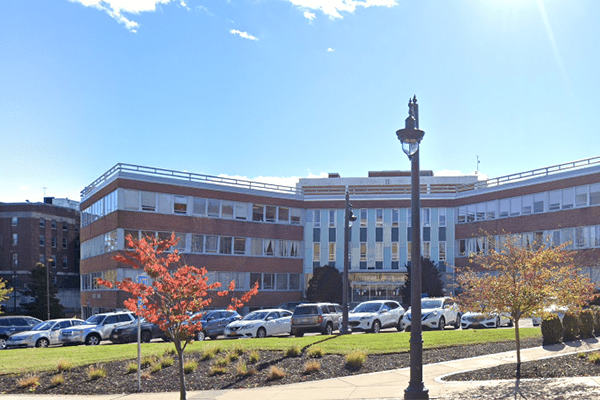 The Rockland County Legislature is preparing to double the budget for the construction of a new animal shelter in Pomona to nearly $18 million due to rising costs.

For at least three years, the county had planned to spend $7.75 million to raze the decrepit 50-year-old Hi-Tor Animal Shelter and build a new facility with a combination of county funds, grants, and monies raised by the shelter.

Now, the Legislature’s Budget & Finance Committee has signed off on a request to allocate an additional $10 million in capital spending after Robert Gruffi, the Director of Facilities Management, last week told the elective body that the cost of construction has skyrocketed. The request must be approved by the full Legislature.

In addition, the county has tapped Westchester contractor Piazza Inc. of Hawthorne as the “lowest, responsive, and responsible bidder” for the project. The resolution caps county expenditure on the entire project at $17.7 million but limits construction costs for the new facility to nearly $14 million.

“As for the additional $10 million, it is simply to cover the cost of construction,” said County Executive Ed Day. “Like everything else, construction and material prices have skyrocketed significantly over the last 18 months.”

The Legislature may vote on the resolution to allocate the additional $10 million on Tuesday, as some believe, but County Legislature Chairman Jay Hood said, “There are ongoing discussions with all parties involved. We may or may not vote on the project [on Tuesday].  Hopefully we will have more information to share soon. Bottom line is we are all committed to providing a new and modern shelter for the pets and workers providing the care.”

Many are eager to see the long-awaited project get underway.

“I’m glad to see that they’ve accounted for inflation, and they are moving forward,” said Hi-Tor president Debbie DiBernardo. “I’m so happy this is finally happening, and the animals will finally get the space they deserve until they’re onto their forever homes.”

In the meantime, it is unclear how the new shelter will be owned and operated going forward.

Rockland Green, formerly known as the Rockland County Solid Waste Management Authority, is interested in taking over the Hi-Tor shelter, saying it is poorly managed and is fiscally compromised. Hi-Tor Board members deny this characterization, citing fiscal solvency for the past five years and new management that has brought a more peaceful environment to the oft-times chaotic shelter.

In late June, Rockland Green sent an engineer from Sterling Environmental Engineering without an appointment to Hi-Tor to inspect the property. The engineer was turned away because no manager was on site.

“Rockland Green was never granted permission by the County to be there, and the County of Rockland’s sole focus is building a new facility,” said Day.

It remains unclear as to what approvals Rockland Green needs to take over the shelter, but some county legislators say they originally believed they’d have a chance to vote on whether the authority could change its charter after getting “home rule” approval from the state.

Now they say they’d been “misled,” and now believe it’s too late to weigh in on the issue.

When asked what other legislative approvals or executive action Rockland Green needs to take over Hi Tor, Day said, “We have not been apprised of any specifics nor know whether we are speaking of operational oversight or intermunicipal sale of the property so we’ll have to defer that question to either the Chairman of the legislature or Chairman Phillips.”

Howard Phillips, Rockland Green’s Chairman and the Town Supervisor of the Town of Haverstraw, has led the effort to position the Authority to potentially take over the shelter.

In 2018, the County Legislature allocated $2.05 million for the building of a new shelter and authorized the issuance of a $1.2 million bond. The balance of the $2.05 million funding derived from $500,000 in grants and $350,000 the shelter raised from private donations, according to the county’s resolutions. However, Hi Tor contributed $472,578.

In 2020, the county authorized an additional $5.7 million to be bonded for the capital project, brining the total to $7.75 million.

In October 2021, County Executive Ed Day held a ceremonial groundbreaking at Hi-Tor. The community has long awaited an upgrade for the outdated facility that has made it difficult to operate efficiently for decades. The county first published a Request for Bid for the construction of the shelter in October 2021.

The new, state-of-the-art 14,000 square foot shelter, designed by Rauhaus Freedenfeld & Associates Architects, will replace 4,000 square-foot facility. The design is based on a professional needs assessment study that determined what was needed in a new and modern facility, said the county executive.

The county’s resolution to hire Piazza states the capital spending will not exceed $14 million, and that construction will not exceed 420 days, roughly 14 months once a Notice to Proceed is issued.