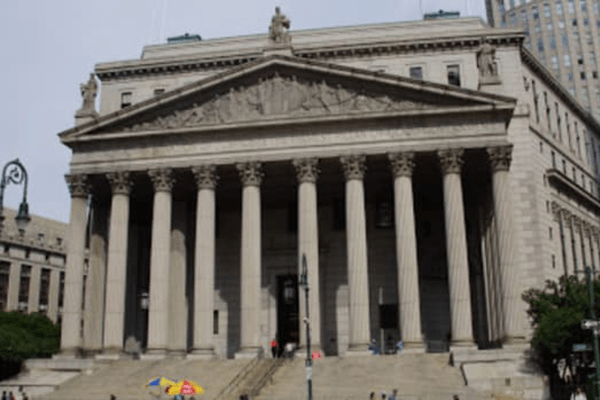 Fifteen-Year RLUIPA Case At A Dead End; It’s Either To The Supreme Court Or Back To The Village Of Pomona With Proposed Plan For 100-Acre Site

A rabbinical college that has been in a legal wrangle with the Village of Pomona for 15 years has two choices: they can try to take their case to the U.S. Supreme Court, or they can actually submit a proposal to the Village Board for the college they want to build along the Route 202-306 corridor.

A federal appeals court for the United State Second Circuit affirmed a district court opinion last week that said unless and until Congregation Rabbinical College of Tartikov files an application with the Village of Pomona and the Village takes some sort of final action on it, the court lacks jurisdiction to hear its claims of discrimination.

This marks the second time Tartikov, which wants to build an educational campus with housing on 100 wooded acres, challenged laws dating to 2001 and 2004 that it claims would prevent it from building the rabbinical college.

Tartikov originally claimed Pomona’s zoning is discriminatory under the U.S. Constitution and New York Constitution, as well as under the Religious Land Use and Institutionalized Persons Act (RLUIPA) and the Fair Housing Act.

In the most recent litigation, Tartikov claimed the Village Board of Trustees’ refusal to consider a text amendment to the village code gave rise to a new claim of discrimination, but the court disagreed. The village had previously declined Tartikov’s request for a discretionary text amendment that would have repealed the village’s earlier laws, but the court said “Rather than seek particular changes to the language of the 2001 and 2004 laws that would allow its building project to proceed, its petition sought their wholesale repeal. The petition said nothing at all about Tartikov’s desired land use.”

The court went on to say, “For this reason, the Board’s decision not to consider the petition cannot be considered its final decision on Tartikov’s particular development plans.”

Essentially the court is saying that the Village needed to rule on an actual application for the court to decide on its legality.

Secondly, the court rejected Tartikov’s argument that a recent Supreme Court decision changed the law regarding the need to file a completed application to challenge a land-use regulation. The Second Circuit disagreed and said the case relied on by Tartikov “says nothing to undermine this Court’s previous determination that it lacks jurisdiction over Tartikov’s claims absent a final decision by the Village Board on some kind of meaningful application.”

The court also said that the Village Board has not had an opportunity to rule on any concrete proposal and the plaintiff’s alleged harm “remains conjectural” or hypothetical.

Pomona hailed the decision as a victory and a rejection of Tartikov’s attempt to force land-use approvals without submitting plans for development. The land at issue is located across from the former Patrick Farm, which has a pending proposal to become a housing development with 474 units.

In October, U.S. District Court Judge Kenneth Karas ruled Tartikov’s claims of zoning discrimination were “premature and conjecture,” and the school must demonstrate a factual basis for discrimination after filing development plans, seeking permits and variances before the village land-use boards.

In a statement, the Pomona trustees said they were “pleased with the outcome in this case. It is unfortunate that the taxpayers of the village must be burdened with this meritless litigation, but we are thankful that the federal courts have once again confirmed that there is absolutely no merit to Tartikov’s claims and that the village acted properly.