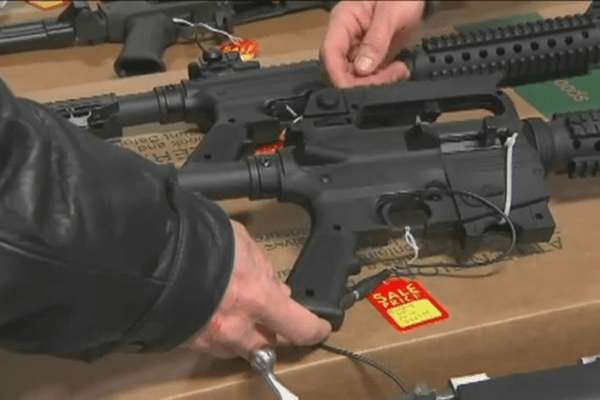 Group Did Not Include Rockland Representation

The New York Business community is stepping out of its usual advocacy and education roles and advocating for gun control; to begin, a coalition of business organizations are calling for a federal assault weapons ban.

The coalition of councils did not include representation from the business community in Rockland County. Coalition members said they pulled together the meeting quickly “with members they typically work with” in order to create a stronger voice before this session of Congress ends, and to begin a dialog that will continue until the issue is addressed.

“We are standing side by side with this partnership on this critical issue,” said Dottie Gallagher, president of the Buffalo Niagara Partnership. “This is not a typical lane for chambers. But we can’t sit around. We have an obligation. We must stand up and fight for policy to keep us safe.”

Gallagher added, “If we still had federal laws, there would be fewer mass shooting deaths.”

The original federal ban on assault weapons expired in 2004.

Heather Bricetti, head of the Business Council of New York State, said gun safety is a workplace issue, with the majority of gun violence erupting in restaurants, bars, retail environments, grocery stores and at entertainment venues.

“It’s important for the business community statewide to stand together,” said John Ravitz, president of the Business Council of Westchester. “We have to do more, it’s that simple.”

One Rockland gun seller said he disagrees with any legislation and is pulling up stakes and relocating his gun shop to Greenville, Tenn.

Keith Nicolson, who has run Shootz & Latters for five and a half years in Suffern, says he’s going south for greater freedom and friendlier gun laws, as well as to escape from New York’s punishing taxes.

Nicholson does not believe tightening of laws will make a difference. He said “there is no such thing as an assault weapon; assault is a verb.” He believes tighter restrictions would have impacted his business and he decided to relocate.

When asked about tighter laws, the gun seller said,  “You can’t legislate morality,” he said. “We already have laws on the books.”

But Congressman Brian Higgins (NY-26) says the nation has an existential crisis, with 110 people dying daily from gun violence.

According to The Violence Project, a non-partisan data research center, of the 172 mass shootings it has tracked since 1966:

Higgins is encouraged the business community is lending its voice to the issue. “This is a community rights conversation,” he said.

The House of Representatives’ Committee on Oversight and Reform will hold a hearing on gun violence following recent deadly mass shootings in Buffalo, New York and Uvalde, Texas. The bill has been sponsored by Higgins. Oversight Committee Chair Rep. Carolyn Maloney released details about the hearing which will be held at 10am on Wednesday, June 8.

“Congress needs to listen to communities that know the pain that comes with these tragedies and act swiftly to stop the endless parade of mass shootings,” said Higgins. “We are grateful that the Committee is giving Buffalo a voice to help convey the impact and discuss potential solutions.”

Western New York witnesses for the hearing will include City of Buffalo Police Commissioner Joseph Gramaglia and Zeneta Everhart, the mother of Buffalo shooting victim Zaire Goodman, a TOPS employee who suffered a near-life ending gunshot injury during the attack.

The hearing will include two panels of witnesses. Along with Zeneta Everhart, the first panel will include Dr. Roy Guerrero, Uvalde Pediatrician, Felix and Kimberly Rubio, Parents of Lexi Rubio, a Uvalde victim, and Miah Cerrillo, a fourth-grade student at Robb Elementary School.

Separately, the House Judiciary Committee held a hearing of its own on June 2nd to mark-up a package of bills addressing gun violence.  The full House is then expected to vote on those measures during session the week of June 6th.

“Ten bills are passing today in both the Senate and the Assembly,” said Democratic state Senate Majority Leader Andrea Stewart-Cousins. “And the idea is to tighten New York’s gun laws. To close loopholes that directly address the gaps in our laws exposed by these horrific shootings in Buffalo, Uvalde, Chattanooga and around the country.”

Gov. Kathy Hochul has not been vocal on the issue. She did not take questions at a public event this last week, including one Friday in Harlem.

“So we are saying here in New York that we will lead,” said Hochul. “But the rest of the states, shame on you if you don’t. This is a moment of reckoning.”

The bills include raising the age to purchase a semiautomatic rifle from 18 to 21, a ban on civilian body armor, and changes to the state’s red flag law.

The gun legislation also included a bill to micro-stamp every bullet shot out of newly purchased guns, assisting law enforcement in ballistics investigations.

The U.S. Supreme Court is expected to issue a ruling this month on whether to overturn New York’s concealed carry law. State lawmakers say if that happens, they may have to go back to Albany for a special session to adjust the state’s carry permit laws.