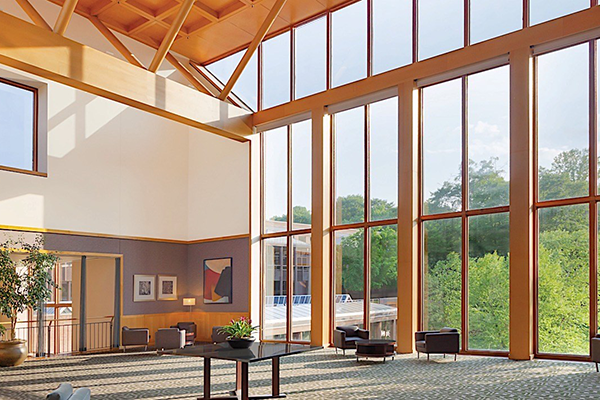 The development team tapped to purchase and develop the HNA Palisades Training Center by the Town of Orangetown, and HNA, the Chinese-owned entity, have reached terms on the acquisition of the sprawling campus in Palisades.

“The parties have reached a tentative agreement on terms, including the price,” said Orangetown Town Supervisor Teresa Kenny. “The town is not a party to any agreement, and I remain optimistic that the parties will continue to work together to bring this to a mutually beneficial conclusion.”

According to the Memorandum of Understanding between the town and the developers, Kitching/Pelayo, who have formed the Delaware Limited Liability Company Reveil LLC, the developer was obliged to make an offer within 20 days of signing the agreement with the town. The agreement was signed Oct. 12, 2021.

The price of the acquisition has not been disclosed but the road has been long – from the announced sale of the 106-acre  property nearly two years ago to the town’s decision in January of 2021 to insert itself to help steer the fate of the privately-owned site.

Public records show that HNA recently agreed to a consent judgment in favor of Orange & Rockland Utilities, Inc. for unpaid utility bills totaling $436,708. In an affidavit filed with the Rockland County Supreme Court, Johnson Zhu, HNA’s representative, swore to the court on March 24 that it was HNA’s intention to satisfy the judgment and any other monies due O&R at the closing on the property which “it expected to occur within six months.”

While the town is not party to the agreement between HNA and Reveil, it has played a role in matching the developer with the property owners at 334 Route 9W and has put itself in the center of a hoped-for deal that will transform the campus if the vision that developers James Pelayo and Mark Kitching comes to fruition.

The Kitching/Pelayo design envisions an updated 206-room destination-branded hotel/conference center, restaurant and bar, world-class spa, event space, staff housing, a heliport, a community marketplace with retail, a five-acre working farm and farmers market, glamping, daycare, a 50,000 production and recording studio, offices, and a minimum of 100 coworking and other creative workshop spaces. Also, 20 to 30 townhomes, as well as catering and test kitchens.

The Kitching/Pelayo team, now known as Reveil, presented its proposal publicly on June 2, 2021 via a town ZOOM meeting, along with two other developers: the Procida Funding group and its team; and Rick Cook of Cook/Fox Architects.

In January 2021, Orangetown had issued an RFEI for a developer to transform the campus. The RFEI came in the wake of HNA’s failed attempt to sell the property to a Brooklyn developer who had offered $40 million but did not successfully raise funds to close the deal.

Kitching is a real estate broker for Douglas Elliman and James Pelayo is a house builder. Kitching, director of the Douglas Elliman Estates Division, sells high-end houses in California and Pelayo, of Sunia Homes, is a small-scale developer of ultra-modern environmentally-efficient houses, also in California.

With more than $400 million in sales, Kitching has represented properties designed by influential architects, including A. Quincy Jones, John Lautner, Marmol-Radziner, Charles Ward, Lorcan O’Herlihy, Thom Mayne, Ted Tokio Tanaka and Rodney Walker, according to his online bio. He has been ranked among the top 100 agents in Los Angeles by sales volume as reported by REAL Trends.

For Cornell Farms, Pelayo has teamed with Tom Lee, a hedge fund manager, who purchased the 182 acres in 2019 for $2.4 million. The plan has been pending for 18 months before the Town of LaGrange planning board, The developers have received a negative declaration on their SEQRA application, but there has been little activity on that pending application.

“It’s been a long road for sure and HNA has not made it easy, but I am hopeful we are in the home stretch,” said Teresa Kenny.