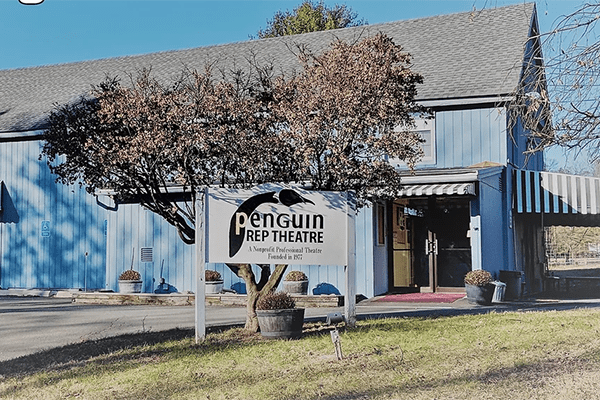 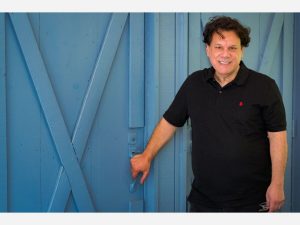 Reporters often save an inspirational, heart-tugging quote from an interview subject for last, to wind up a story. It’s called the “kicker.” But this reporter is going to give it to you right up front.

“People have churches, mosques, synagogues,” said Joe Brancato, artistic director of the Penguin Repertory Theatre in Stony Point. “My altar has always been the stage. It has always been about reverence and devotion.”

Brancato, who drips of theatricality no matter what he’s discussing, is on emotional overload as his theater, “his altar,” reopens to the world after a two-year pandemic pause. Speaking recently after the consecutive debut of two pieces – Small, a play written by Robert Montano, and Far From The Home I Love, a concert arranged by composer Paul Shapiro, Brancato returns to his metaphor.

It’s like hearing the closing line in a great play but Brancato is talking about an experience so many artists and businesses owners can relate to: The choice to hold on while the ship felt like it was sinking. To choose any workaround or supplement along the way to stay relevant. To turn to loyal supporters to keep the boat afloat. And to believe that 2022 will be the year to return to something that reminds us of normal even though new protocols and environmental investment have been necessary to bring back theater goers.

Over the past two years, and with the help of a series of federal and state grants, the theater upgraded its air filtration system to improve air circulation, installed high-intensity UVC light inside the ductwork to remove airborne and surface contaminants, and replaced seating.

In summer of 2021, the theater held eight outdoor summer concerts, a new realm as the Penguin never staged events al fresco, nor did its lineups typically include concerts.

“You know what,” said Brancato. “The concerts opened up our demographic and we discovered that musicality fits into our journey. It was a revelation.”

The Penguin, a 110-seat professional theater, was founded 42 years ago in an old hay barn on the Stony Point Conference Center campus by Brancato. He was later joined by Executive Director Andrew M. Horn. Over the past four decades, Penguin has produced more than 150 shows, including premieres by accomplished and emerging playwrights, for more than 400,000 theater goers.

It has grown from a summer theater to become one of the Hudson Valley’s most influential nonprofit cultural institutions – a theater The New York Times called “the gutsiest little theatre.” Works on its stages have moved to Off Broadway and to stages across the country and around the world. By New York City standards, the theater is incredibly affordable with some tickets starting at $26.

So many cultural institutions have taken a blow from the pandemic, with shuttered theaters, plunges in funding, theater goers fearful to return. For some that blow has been fatal.

On April 2, opening night of Far From The Home I Love, an updated, multi-cultural interpretation of songs from Fiddler on the Roof, Brancato felt the energy of returning patrons.

“I say ‘hi’ to everyone and the audience is applauding,” he said. “There’s not a night that we don’t begin like that. There’s this collective feeling that we know we’re together again.”

Brancato, a New York City resident who lives part-time in the county, got his first whiff of audience adoration as a child in the 1960s growing up in the Bronx. It was in the alleyways of the apartment buildings that he staged shows. He set up lawn chairs, charged a nickel, and produced everything from passion plays to the Stations of the Cross.

The thespian/director built a teaching career in the North Rockland schools, but the theater lover had to be true to himself. In 1977, he wrote his own first act by asking The Stony Point Conference Center to “give a young guy a shot,” and let him use the fallow barn to build a theater.

“I entered the barn with one of my favorite students, Fran Newman, and we founded the Rep. She remains an officer on the board.”

The nonprofit theater company’s barn resurrection was recognized by the Rockland County Historical Society in 2018 for the rehabilitation.

Like so many businesses, the pandemic gave Brancato and Horn time to put its baby under the microscope.

“We have taken time to re-evaluate what we are doing and what we want to do in the future,” said the artistic director. “It’s our plan to reach out to people who have not gone to the theater, or who do not culturally identify. We are reaching out to schools and community organizations like Martin Luther King Multi-Purpose Center and JAMCCAR, two Rockland nonprofits that serve the African American communities. The world is catching up and we are part of the world. We have to reach out to communities that have not been included.”

Asked why he settled on the name Penguin all those years ago, Brancato said that was easy: “Penguins are formal yet friendly. They take care of each other. They cross roles; the males sit on the eggs. They have a shared community.”

All the ingredients that are baked into a small but successful regional theater.