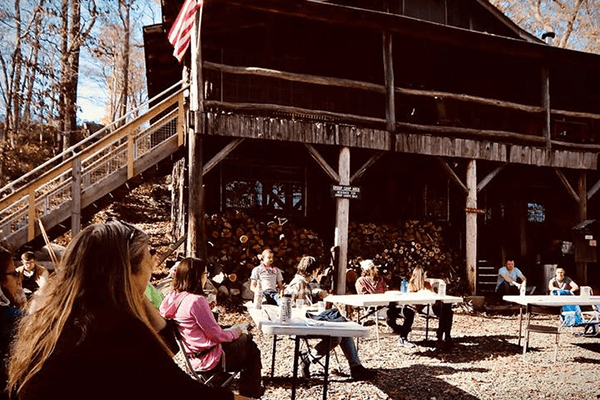 The New York City Chapter of the Adirondack Mountain Club, which operates a camp in a portion of Harriman State Park that’s located in Rockland County, plans to sever ties from its parent Adirondack Mountain Club, pending a legal settlement in Rockland County Supreme Court. The chapter that operates Camp Nawakwa at Lake Sebago, which has been in litigation with the parent organization for nearly a year, has also agreed to pay a $50,000 fund donation to ADK as part of the settlement.

The NYC chapter, and several of its members including three Rockland County residents, sued ADK last summer after ADK voted to dissolve the local chapter.

In June 2021, ADK dissolved the New York City chapter claiming a series of improprieties, including improper donations, mishandling of sales tax returns, misreporting on its 990 form. It sought to bar the Chapter from Camp Nawakwa and threatened prosecution with the district attorney if the NYC Chapter attempted to withdraw funds from the organization’s bank accounts.

The court restored the entity and members to their previous positions and set a hearing. The order is still in place;  however a settlement agreement is pending, according to attorney Judith Bachman, who said in a letter to the court that “the parties have reached a settlement in principle.”

In a Jan. 14 letter, NYC Chapter Secretary Eve Mancuso, who is a Rockland County resident, wrote that her board felt it was “in the best interests of our organization and members to settle our legal dispute with ADK and disassociate.”

Mancuso said “ADK demanded a donation” in negotiations. The NYC Chapter board authorized a $50,000 “fund donation” in a resolution dated Jan. 17.

If the settlement is completed, the organization will continue to operate as Nawakwa Outdoor Association, a stand-alone organization. The new entity plans to keep operating Camp Nawakwa, a retreat on Lake Sebago in Harriman State Park that the organization leases from the Palisades Park Commission.

ADK President Tom Andrews had told the Adirondack Explorer that some members of the NYC chapter alleged “exclusion, member disenfranchisement, and financial concerns.” In court records, Michael Barrett, executive director of ADK alleged Camp Nawakwa was restricted to about 200 of the chapter’s 1,200 members. The majority of the chapter’s finances went to the camp.

ADK expressed concerns about the exclusivity of a downstate retreat. A past city chapter member reported to ADK that the chapter’s board “took actions and made policy to ensure that families with children would not feel welcome,” according to court records.

The chapter’s bylaws indicate one must become a “Nawakwan,” to use the camp. Nawakwans pay an application fee, complete an orientation and safety course and submit dues. They also must be voted in by the board of directors. The camp has one main two-bedroom cabin with a dining hall and two bathrooms. There are six separate sleeping cabins, three tent platforms and areas to swim and launch a boat.

Responding in court documents, Bachman called the allegation of exclusion of members “untrue as the qualification requirements for access to our camp have been in place, in one form or another, since 1931.”

Bachman said ADK’s move to dissolve the chapter “was done with an ulterior motive; perhaps to seize NY ADK’s funds for Defendant’s own use, perhaps out of jealousy being that NY ADK has generous support from NY ADK’s own members, perhaps because Defendant is bothered that NY ADK is one of only two separately incorporated chapters, or perhaps as part of a larger plan to eliminate all chapters.”

ADK has 27 chapters and the NYC and Keene chapters are the only ones separately incorporated.