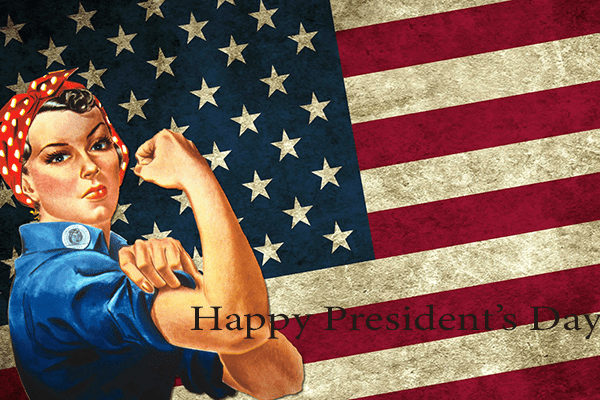 President’s Day. A sale at the mall. A long weekend for skiing. Maybe a day off, or at least a lighter load with banks and government offices closed.

Today, the third Monday in February, we celebrate George Washington’s birthday, we honor Abraham Lincoln, and some mark the day as a celebration of all the birthdays and lives of the U.S. presidents. It gets me contemplating the true meaning of leadership. Who steps up, what they try to accomplish, how they are treated? Not just in the presidential capacity but in any role where a person’s willingness to lead brings the dueling contradiction of power and vulnerability.

Why do I raise these two aspects of leadership?

Because on this federal holiday I’m thinking about women in Rockland County who have stepped into leadership roles who find themselves in the crosshairs of controversies over running their entities, with reputations to defend, and potentially legal bills to pay.

Susan Perzigian, who stepped into the presidential role of the Pearl River Chamber of Commerce after a slate of former board members resigned, has found her life upended by torturous and twisted internecine battles that have erupted into a series of legal actions including defamation suits. Most recently, Perzigian has been sued by a former board member Lisa Leote (also known as Lisa Williams), who has filed a pro se lawsuit; she is seeking payment for her legal costs in a defamation lawsuit filed by the Chamber’s former treasurer Michelle Worob against her and three other former board members. Williams was recently dismissed from the suit.

“What started as a pledge to perform a volunteer activity for a local charitable community organization has become a battle, a war of attrition,” said Perzigian. “I’ve acted professionally and objectively while being caught in the crossfire of allegations brought by former officers against each other.”

Perzigian, who does not earn a salary to perform her duties, added, “This year has been extremely frustrating for me. We put things in order, hired a accountant to audit the Chamber’s past finances and carried on through difficult times. In light of all this, the Chamber’s future is uncertain.”

Not everyone has the bottle to step into the “president’s” role. It’s not a glam jam. It’s eats up time and energy. It makes you responsible for a lot of people. You navigate the viscous waters of human foibles and personalities. You’re willing to sacrifice time away from your own families or your business interests in exchange for steering an organization that is all about the greater good.

You, the president, are typically tapped by your peers, who thank you outwardly (and inwardly say thank goodness you’ve put yourself out there so they don’t have to). You have proven yourself to be trustworthy and reliable and committed. There’s a good chance you’ve already shown people you have what it takes to assume a great burden.

You know it’s not going to be a walk in the park, but you soldier on because you have those leadership genes, the kind that make others feel they are safe in your guiding hands. And you show up. You come to every meeting. You raise money. You are the public face of your organization when the politicians show up or when an event needs to be planned. You are the constant. You do your best.

And sometimes that backfires. And reverberates throughout the organization.

“This lawsuit has a sad, chilling effect on those who are willing to serve,” said Perzigian.

On President’s Day, we might want to pause and look at all the men and women who’ve stepped into leadership roles and think about what our world would look like without the institutions we rely on. Especially those led by those who receive no monetary compensation for the sacrifice they make. So wish George and Abe a Happy Birthday but more importantly let’s celebrate our local “presidents” and the work they do.