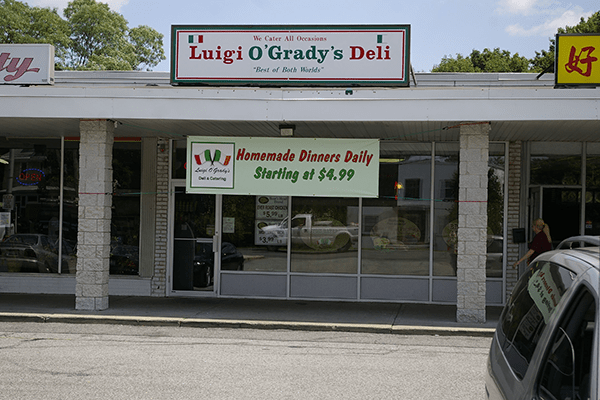 A former employee of Luigi O’Grady’s Deli & Catering of Pearl River is suing the company and its owner, Michelle Worob, for backpay on overtime wages, among other charges related to the Fair Labor Standards Act including failure to comply with notice and record-keeping requirements.

The plaintiff Erodita Xiomara Perez Salguero, who has filed this suit individually and for a class of “employees similarly situated,” in the United States District Court, Southern District of New York against CM Enterprises of Rockland Inc, which owns O’Grady’s, is alleging that the defendants denied employees fair minimum wage compensation, as well as failing to pay overtime.

Perez worked for Luigi O’Grady’s from August 2019 to November 2021 making salads, decorating cookies, and cleaning. Through the course of her employment, the plaintiff worked 54 hours per week, Wednesday to Monday, 8 am to 4 pm, according to the suit.

Perez alleges that she “oftentimes worked until 5 pm or 6 pm.”

The suit also says her employer “never provided any wage statements, time sheets or other documents showing the number of hours she worked every week, nor was she provided a wage notice at the time of hire.”

Luigi O’Grady’s, according to the filing, violated the Fair Labor Standards Law and the New York Labor Law by failing to post notices explaining the minimum wage rights of employees.

The suit has been filed as a “collective action,” because the plaintiff, according to the filing, “has personal knowledge of other employees who are similarly situated and who also worked for hours for which they were not paid minimum wages.”

The collective action members include anyone who was employed by O’Grady’s from January 2016 to the present.

Under Overtime Provisions of the NYLL and FLSA, O’Grady’s failed to pay the plaintiff overtime compensation rates of one and one-half times the regular rate of pay for each hour worked beyond forty hours per week.

Perez is seeking unpaid wages, as well as civil penalties for what the suit calls willful and repeated violations under FLSA.” The suit is also asking the court for a civil penalty of $10,000, as well as attorney’s fees.

Worob, the former treasurer of the Pearl River Chamber of Commerce, is also embroiled in another lawsuit with four former chamber officers. Worob is seeking $1 million for alleged defamation from former members who accused her of using untidy bookkeeping practices.

Lina Stillman of Stillman Legal PC of Manhattan is representing the plaintiff.

The case has been referred to mediation by the federal court.