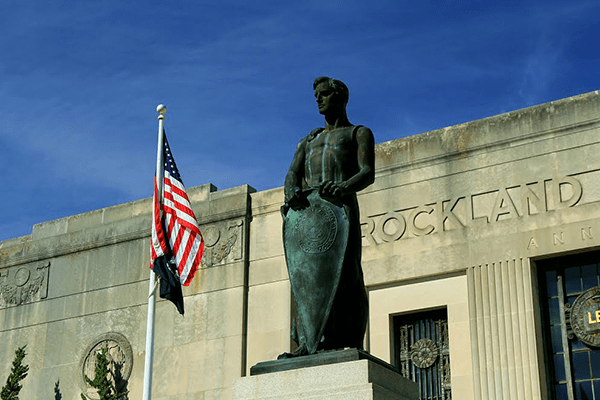 If you’re planning on hiding behind an avatar on social media to post negative commentary, think twice. A complicated defamation lawsuit snaking through the Rockland Courts serves as a warning that anonymous posts are not necessarily anonymous and that social media companies can be compelled to reveal a poster’s identity.

A lawsuit filed in Rockland County Supreme Court by Lance Weinstein last year alleged an anonymous poster created accounts on Twitter, YouTube and Strikingly designed to “target and damage his reputation and character based on false statements, videos, photos, and other related content.” The content included accusations that Weinstein, a former Suffern police officer, had been arrested for both arson and domestic conflict, claimed to be a former Navy Seal, and was an animal abuser.

The suit alleges the social media campaign, which stretched over the course of a year and included scores of Internet posts, including 69 Tweets and hundreds of YouTube video views, caused Weinstein emotional distress and damage to his reputation and standing in the community, which thwarted him from finding employment and business opportunities.

Because Weinstein lacked proof as to who was posting anonymously, he retained an attorney to compel the social media platforms to reveal the author. New York law has a legal mechanism known as “pre-action disclosure,” which allowed Weinstein to sue Twitter, YouTube, and Strikingly to compel the companies to reveal the identity of the poster.

Donald Feerick, the attorney representing Weinstein, had to convince Judge Thomas Zugibe, that he had a sound claim for defamation and that the information he was seeking from the social media companies was both “material and necessary” to the pursuit of his claim against the poster(s). Feerick was seeking their names, addresses, email addresses, IP addresses and telephone numbers, and any other metadata to identify them. He also sought to require the social media giants to preserve all the postings and other data.

Attorneys for Google, which owns YouTube, as well as those representing Twitter and Strikingly did not contest the requests but the social media companies provided notice by email to the account holder to give him an opportunity to object. The suit says the account holder did not respond.

The judge found that Weinstein had “satisfied the First Amendment Standard” for obtaining the Anonymous Defamers’” information. The judge went on to rule that the statements were “published without any privilege or authorization to a third party and are not of widespread public concern.” Presumably if the posts were of widespread public concern, First Amendment issues may have been triggered.

As it turns out, the search revealed that the poster of the cyber campaign was Andrew Dale, who used a gmail address to register and create phony usernames, according to the subsequent complaint in the related lawsuit. Dale runs Mad Partners, an online marketing company based in both Monsey and Montvale, NJ, that specializes in organic optimization and online reputation management.

As it turns out, Weinstein and Dale were both officers in Rockland County and were neighbors in the Village of Suffern. The suit says the two men’s families socialized including playdates with their children and dinner parties in one another’s homes.

In 2019, the suit alleges, Dale and Weinstein had a falling out when Dale believed Weinstein tried to interfere with a business deal for solar panels for the Suffern Central School District. Following the rift, in July 2020, Dale initiated the campaign, the suit says.

Weinstein’s petition says the publications are “replete with false and outrageous statements,” and that he has “suffered emotional distress such as anger, depression, mood swings, sadness, excessive fear, sleep disturbances and social withdrawal.”

Defendant Dale says the claims are not defamatory, and that “they are the truth.” He also claims the statements are based on opinion, and that his speech is protected by the First Amendment. Dale also counterclaims that the lawsuit is frivolous.

Dale’s company Mad Partners, also a defendant in the case, is arguing that the email address used to create the accounts associated with the alleged defamatory is Dale’s personal email address and was not owned or used by the LLC, that his actions were taken in his personal capacity, and not on behalf of his business. The defendant LLC has filed a motion to have the case dismissed.

Zugibe recused himself from the case last March; the case was reassigned to Judge Paul Marx.

Dale is being represented by Montebello attorney Chezki Menashe.