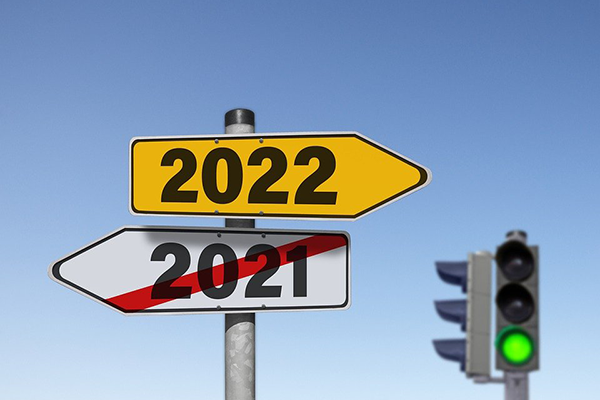 In Rockland County, A Village Dissolved, Another was awarded A $10 Million Revitalization Grant And A Longtime Educational Fixture Was Sold In 2021

New York’s smallest county had some big moments in 2021 – and 2022 promises to bring more.

In Rockland County, a village dissolved, another was awarded a $10 million revitalization grant, and a longtime educational fixture was sold. As the county grappled to find its sea legs while emerging from lockdowns and pandemic-related obstacles, the pace of life and work picked up and led to a host of interesting developments.

Towns and residents paid attention to the potential redevelopment of some significant land parcels, the state of our water supply, the importance of open space and conservation, the need for millennial and senior housing, and the state of retail.

A year of rising gas prices, inflation, accumulation of stimulus money and changing consumer behavior showed us that 2021 was not “business as usual,” and that 2022 will present new challenges and opportunities for businesses and especially for entrepreneurs.

Those around the county watched as Nyack College was sold to the Vitznitz Yeshiva, and in turn, the Village of South Nyack coalesced around the idea of dissolving into the Town of Orangetown – a reaction to a changing landscape and a rather rare event in the annals of municipal identification. The village will officially dissolve on March 31 and become a hamlet in the town.

The sale of Nyack College set in motion another effort: The Town of Orangetown’s decision to partner with The HNA Palisades Center on Route 9W to steer future development on the site after a previous deal to sell the hotel/conference center fell through. The 106-acre campus is a significant asset for the town and county. The town conducted a long vetting process to choose a preferred developer, though it is unclear whether the pick has been able to reach a deal with HNA, whose parent company is in bankruptcy. The town has spoken of taking the property by way of eminent domain as a theoretical possibility because it deems the development of the parcel’s future to be significant.

And in the Village of Haverstraw, another large tract, the nine-acre former Chair Factory site on the Hudson River, which is village owned, is poised for redevelopment. The village in January is set to name a preferred developer to redevelop the parcel and connect it to Main Street to stimulate economic revival. The village has received a state grant for $10 million for revitalization.

All three developments reveal a roadmap for Rockland’s future: Town and village officials are asking for projects that include housing (with some affordable element), retail, office, commercial, and hotels. The addition of proposed hotels suggests a promise that Rockland County is ripe for boutique and destination spa hotels – which would up the county’s tourism game. In fact, A California hotelier is purchasing St. Mary’s Villa Retreat House at 150 Sisters Servants Lane in the Town of Ramapo for $11 million, pending court approval, to create a mid-size boutique and wellness spa on 45 acres tucked away off Sterling Mine Road.

While several large parcels are in play, everyone rallied around the potential loss of Camp Bullowa, the boy scout camp in Stony Point. In the end, Stony Point breathed a sigh of relief when the camp was no longer threatened by the potential sale of its camp to satisfy the Boy Scouts’ need to sell assets to settle its litigation.

Residents and activists also brought attention to West Hook Mountain, a Clarkstown-owned open space park that had been denuded by an abutting resident who took down a swath of trees. The protracted legal proceedings ultimately forced the homeowner to make good, but it also highlighted the importance of conservation.

Rockland County, as elsewhere in the nation, witnessed a changing retail landscape, jumpstarted by online shopping but accelerated by the pandemic. The Shops at Nanuet is the sharpest example of why failing malls need a new lease on life. Across Route 59, Brixmor Properties, which owns Rockland Plaza, began transforming its center with quick-service restaurants like Chipotle and Shake Shack, and is planning an even larger reset with additional food-related tenants, including a second grocer.

The Palisades Center has been focused on signing new tenants that cater to entertainment and interactive experiences.

Orangetown solidified its status as a magnet for data centers, while self-storage companies, warehouse developers, and senior housing plans proliferated countywide. Focused on a new opportunity for economic stimulus, just a few municipalities opted in on cannabis dispensaries. The list includes the Town of Haverstraw, the Village of Haverstraw, The Village of Nyack, The Village of Piermont, Spring Valley, Chestnut Ridge, and Hillburn.

Prognostication is a tough profession, particularly with COVID variants, uncertain interest rates, and inflation. But I believe there is a good reason to feel cautious optimism for the year ahead. The pandemic era is one of paradox. We are too restless to hold back and yet we understand there are still limitations. We yearn for the good old days and yet we embrace the revelations that came to us because we’re living through uncharted waters. We have been tested and we’ll keep being tested and it can feel exhausting – and yet at the same time energizing and optimistic. Happy New Year. Let’s bring on 2022!