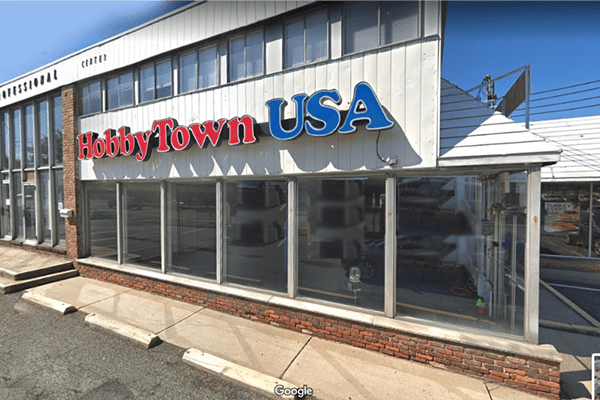 Chick-fil-A wants to open a restaurant on Route 59 in Nanuet but don’t lick your chops just yet.

The fast-food franchise is in negotiations to purchase the 58-80 Route 59 strip mall, a half-vacant shopping center that was once the home of HobbyTown USA.

Owner Bradley Cocks of Ashley LLC says, “the property is under contract,” but the purchase is contingent on the project’s feasibility.

The quick-service eatery known for its chicken sandwiches has submitted plans to the Town of Clarkstown to build a 5,625 square foot Chick-fil-A restaurant with two drive-thru lanes, and meal order/delivery canopies. The franchise also intends to build a second quick service restaurant on site covering an additional 1,000 square feet with a single drive-thru lane.

The nearly 3-acre site includes two commercial buildings; the front portion is a two-story building with mixed used commercial tenants, and the rear building is two-and-a-half story studio. Chick-fil-A intends to raze both buildings on the site.

The strip mall owner Cocks, whose family has owned the center since the 1950s, said there are roughly eight tenants, adding it would take at least two to three years before anything would be torn down.

The proposed project is permitted by right in the RS (regional shopping) zone. However, since the site is split between RS (regional shopping) and PO (professional office), certain variances and waivers are needed. Chick-fil-A plans to have 58 parking spaces, and the second quick-serve restaurant will have an additional eleven. Parking and access to the restaurants will be located in the PO zone, so the applicant will need a special permit.

Landlords of strip malls along Route 59 corridor are under pressure to reinvent their properties due to the disappearance of big boxes and department stores. The retail landscape has for years been transforming as shoppers migrate to online shopping. Add to that the pandemic, which accelerated the appetite for Amazon and other online shopping portals.

But quick-serve restaurants continue to proliferate and proved to be agile during the COVID era with their drive-thrus and take-out menus.

Brixmor Property Group, owner of Rockland Plaza on Route 59 in Nanuet, has been changing up its shopping center over the past three years. In 2020, the landlord demolished the 5,700-square-feet building where Michael’s Tuxedos was located and built a nearly 20,000-foot structure to house Shake Shack and Chipotle.

Now, Brixmor is back before the town with plans to change up the mix of tenants with an emphasis on food and a grocer. The REIT, which owns 400 retail centers nationwide, has told Clarkstown that it is has a prospective grocer slated for a 43,000-square-foot to-be-constructed space in the center. Brixmor is planning a shake-up on its site with the demolition of three buildings including the former Modell’s and potentially razing the Nanuet Diner. A new vision would add a bevy of restaurants and food retailers to the center.

Nearby fast-food restaurants in the Route 59 corridor include Smashburger, White Castle, Wendy’s, McDonalds’ as well as P.F. Chang’s and in The Shops At Nanuet.

Chick-fil-A restaurants are typically over 4,000 square feet and sit on between one and two-acre parcels. The franchise would need at least an acre to accommodate the building, parking, the stacking of cars going through the drive-thrus, as well as road access.

Chick-fil-A has 2,000 locations in 43 states. A Nanuet restaurant would be the first in the Hudson Valley.