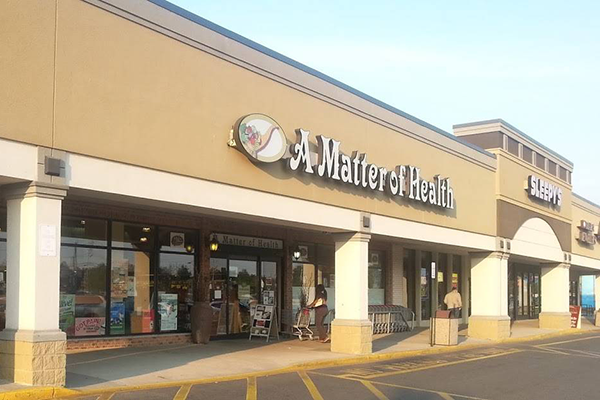 Responding to a shifting retail landscape, Brixmor Property Group, owner of Rockland Plaza on Route 59 in Nanuet, plans to change up the mix of tenants with an emphasis on food and a grocer. The REIT, which owns 400 retail centers nationwide, has told the Town of Clarkstown’s Technical Advisory Committee (TAC) that it is has a prospective grocer slated for a 43,000-square-foot to-be-constructed space in the center.

“We have the prospect of a grocer,” said William Greimel, vice president of redevelopment for the North Region. “I can’t disclose who it is, but it will make the center more relevant. It will bring us back to a more stable situation.”

In recent years, Rockland Plaza suffered the loss of Modell’s, Destination Maternity, and other retailers as big boxes fell on hard times due to a mix of internet sales and saturation in the marketplace. Other large tenants such as Barnes & Noble are struggling. The Shops at Nanuet across the street has been gutted by the retail “apocalypse,” as the shrinkage is known. And like a tossed cigarette at an oil-slicked gas station, the COVID-19 pandemic significantly accelerated the challenge for retailers to thrive.

“There have been a lot of changes in shopping centers,” said Greimel. “Many retailers have discontinued, right-sized, are seeking outparcels rather than being in in-line centers. With Modell’s going out, we need to make changes. We need to be more in tune.”

Brixmor is planning a shake-up on its site with the demolition of three buildings including the former Modell’s and potentially razing the Nanuet Diner. A new vision would add a bevy of restaurants and food retailers to the center.

The shopping center plans to raze the existing structure that housed Modell’s and replace it with a new 57,660-square-foot building housing a 43,000-square-foot grocer, and two restaurants.

The shopping center is also home to A Matter of Health, a healthy food and supplement market that opened in 2009 and has a 25-year lease.

“This is news to me,” said Heddy Tabet, owner of A Matter of Health. “I’ve heard rumors about a change in layout but nothing about another grocer.”

Tabet said his lease gives him the exclusive right to have a grocer in the center.

Neither Greimel nor Ira Emanuel, the attorney representing Brixmor, would comment on the prospective grocer or A Matter of Health’s lease terms. But a Brixmor spokesperson said in an email, “We are confident that our reinvestment will support existing businesses at the plaza.”

In 2020, the former Dawg House sparred with Brixmor over an exclusivity clause in their lease that the restaurateur had said should have precluded Shake Shack from coming to the center. He wanted the landlord to release him from his $7,500-a-month lease. The two sides came to undisclosed terms, and Dawg House closed.

Sources have said Uncle Giuseppe’s Marketplace has shown an interest in siting a grocer in Rockland. The Long Island market has opened a location in Ramsey, New Jersey. Of course many Rockland residents have made it clear that nothing would make them happier than a Trader Joe’s in the county.

A new grocer in the center would also add competition to the recently relocated Stop & Shop, which recently took over the space Fairway had occupied.

The plan also calls for the possibility of demolishing the Nanuet Diner and replacing it with a 7,500-square-foot retail space along Route 59.

Even before COVID, Brixmor began to reimagine the center.

In 2020, Brixmor demolished the 5,700-square-feet building where Michael’s Tuxedos was located and built a nearly 20,000-foot structure to house Shake Shack and Chipotle. The shopping center needed variances for the front yard buffer and to allow extra parking. They also need a variance to build in a flood plain.

Greimel said the underground culvert running through the property has presented a challenge to finding tenants for the center.

“There is reluctance to put retail on top of a culvert,” said Greimel. “We’re finding some retailers are reluctant to take a risk.”