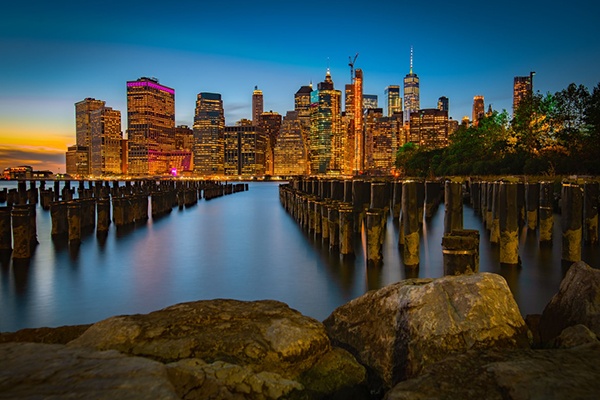 It would seem that land-based casinos are slowly but surely coming to New York State. Resorts World Catskills has been there a few years, and has just about survived, despite concerns about its financial circumstances a few years ago. Today, it is continuing to thrive, and its complex has an 18-story all-suite hotel and entertainment complex with 150 live Las Vegas style table games and more than 2,000 slot machines.

Meanwhile, the Resorts World at Newburgh Mall is planned for the moment to arrive in early 2022. Note that it was part of a $32 million project that will help to renovate part of the mall. It is expected to have around 1,300 electronic games, and should generate a huge amount of revenue for the area.

These two casinos are less than one hour away from one another by car, so one could spend a few days just nipping back and forth between them, collecting your winnings.
With these on-land behemoths situated in and around the Hudson Valley in New York – and even talk among developers of casinos opening up in Manhattan – the future for casino games in the state is looking bright. It’s possible that casinos will really take off in the state.

As it stands, only a few states have legalized online poker. But there is indeed a correlation: Among the states to have legalized real-money online poker and land-based casinos there are a few where virtual poker is also allowed. It stands to reason that one might follow the other. Just look at Nevada and New Jersey. Both states have their own casinos, and allow legal online poker, which might suggest that live casinos raise interest in gambling, gaming and poker, and lead to more online gaming opportunities.

In all, online poker is legal in five states: Delaware, Nevada, New Jersey, Pennsylvania and Michigan. It may become legal in Connecticut, as well as several other states. It is worth noting that some of the above states where it is legal, including Pennsylvania and New Jersey, are also in close proximity to New York, so there’s geographical pressure there too.

The fact that these nearby states are legalizing poker, while live casinos are infiltrating the state means that you might just get to see legal online poker in New York in the coming years. This is without even mentioning the significant revenue brought in by the casinos in nearby states. As is often the case with prohibited recreational activities enjoyed by millions of people, the fact is that some people will likely set up illicit games. This is all money that, through taxes, the state could get a slice of. And money talks.