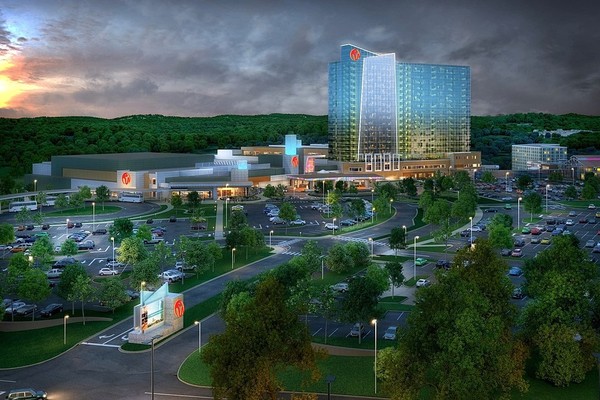 It’s been a bad week for mid-Hudson.

Empire Resorts, Inc, after suffering continued losses at its Resorts World Catskills Casino in Sullivan County, has agreed to be taken private by its majority shareholder.

And in Orange County, the success story of low-cost carrier Norwegian Airlines at New York Stewart International Airport in New Windsor, has come to a close. Due in large part to the grounding of the Boeing 737 Max, the airport will be ending transatlantic flights to Ireland and other European destinations from the airport on Sept. 15.

Empire Resorts, after earlier threating possibly filing for bankruptcy, announced on Aug. 19 that it had reached a definitive agreement where affiliates of Kien Huat Realty III Limited and Genting Malaysia Berhad will acquire all of the outstanding equity of the company not currently owned by Kien Huat or its affiliates for $9.74 in cash per share of common stock, and with each share of the Company’s Series B preferred stock receiving the same consideration on an as-converted to common stock basis. Kien Huat is currently the holder of approximately 86% of Empire Resorts’ outstanding shares of common stock, including common stock issuable upon conversion of the Company’s Series F convertible preferred stock.

Among Genting Malaysia’s holdings include Resorts World New York City in the Jamaica section of Queens.

The purchase price represents a premium of approximately 15% over the closing share price of Empire Resorts’ common stock on August 16, 2019, the last trading day prior to today’s announcement, the company announced. The Board of Directors of Empire Resorts has approved the transaction on the unanimous recommendation of the previously formed special committee of independent directors.

“We are pleased to reach this agreement and provide immediate certain cash value to our stockholders,” said Keith Horn, independent director of Empire Resorts and chair of the special committee. “Kien Huat has been a true partner for Empire Resorts, and we look forward to welcoming Genting Malaysia into our ongoing relationship.

Kien Huat has agreed to provide incremental credit support to Empire Resorts, which will enable the Company to meet its debt obligations as we continue to execute on our business strategy.”

Ryan Eller, president and CEO of Empire Resorts, said, “With the resources and support of Kien Huat and Genting Malaysia, Empire Resorts will be better positioned financially and operationally, which will help us advance our mission of delivering a winning combination of luxury facilities, quality entertainment and exceptional customer service.”

Empire Resorts, the parent company of Resorts World Catskills and other operations at the gaming and entertainment property in the Town of Thompson, in an Aug. 9 filing with the Securities and Exchange Commission, announced that in the second quarter it posted a net loss of more than $36 million and total net losses so far for the first six months of this year of approximately $73.7 million.

In the filing, Empire Resorts stated that it has suffered losses at the casino since its opening in February 2018.

On July 25, majority shareholder Kien Huat, the family trust controlled by Genting Chairman KT Lim, made an offer to acquire the remaining unaffiliated shares of Empire Resorts in order to take the company private.

Lim, who currently owns 86% of Empire Resorts, said at the time he planned to immediately start discussions with potential financing sources to acquire all of the outstanding shares of the company.

In its April 13 announcement, Norwegian Airlines stated it was halting flights between Ireland and North America, thus affecting airports in Providence, RI and Hamilton, Canada, in addition to Stewart.

“As the airline moves from growth to profitability, we have conducted a comprehensive review of our transatlantic operations between Ireland and North America and considering the grounding of the Boeing 737 MAX aircraft, we have concluded that these routes are no longer commercially viable,” said Matthew Wood, SVP Long-Haul Commercial at Norwegian.”

He added, “We take a strict approach to route management and constantly evaluate route performance to ensure we meet customer demand. Compounded by the global grounding of the 737 MAX and the continued uncertainty of its return to service, this has led us to make the difficult decision to discontinue all six routes from Dublin, Cork and Shannon to the US and Canada from 15 September 2019.”

Orange County Executive Steven M. Neuhaus released the following statement on Tuesday after Norwegian Air announced that it would discontinue service at Stewart International Airport in Newburgh in mid-September.

“Norwegian Air’s arrival to Stewart Airport two years ago was received with excitement and the carrier performed well in Orange County,” Neuhaus said. “Unfortunately, the safety issues experienced this year with the Boeing 737 Max, which had a worldwide impact, played a prominent role in this decision. Norwegian proved that Stewart Airport is a viable option for International flights and the airport will continue the construction of a new customs facility. With attractions in Orange County such as LEGOLAND and Woodbury Common, having an International carrier here is a natural fit. I will continue to work with the Port Authority to attract respected carriers to Stewart Airport.”