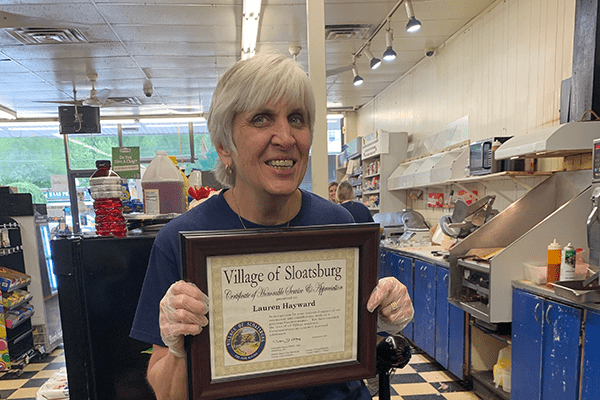 At 2 pm last Thursday, Lauren Hayward locked the door at Hayward’s Deli & Market on 59 Orange Turnpike in Sloatsburg for the last time. The local favorite reopened at 6 am the following day under new management by Jim and Torva Durkin, who own the Spring Street Deli in Ramsey, NJ.

The Durkins, who bought the Hayward’s business this spring, have renamed the beloved go-to for sandwiches, convenience store items, and community support Spring Street Deli. Like Hayward’s, the new owners are a mom-and-pop team who opened the Ramsey deli 17 years ago and this is their first grocery expansion.

“Sloatsburg is the greatest community,” said Hayward. “We’ve been so blessed to have worked with so many wonderful people. The whole community works together. The mayor comes to the deli every day for lunch.”

Hayward’s has been far more than a place to buy food, drink, and household items. The deli has woven itself into the fabric of the community, helping causes, stepping up in tough times, feeding volunteers, assisting the PTA. In particular, the Haywards have worked closely with the Sloatsburg Food Pantry, which has recently relocated to the All Souls Community Church in Suffern. The store has helped the pantry with refrigeration, vendor sourcing of basics like bread and milk, and by promoting the pantry with a coin jar that has been a surprising helping hand for the pantry.

“The need for the food pantry has tripled,” said Donahue. “We were feeding about 120 families every two weeks before COVID. Now the number has jumped to nearly 350 every two weeks.”

County Executive Ed Day, in his State of the County Address 2021 this week, said nearly one third of Rockland residents are food insecure.

The Haywards, who met while working at a deli in Queens when they were young, married and settled in Sloatsburg in 1990. In 2001, Lauren’s late husband Ken lost his corporate job at ASCAP to downsizing. 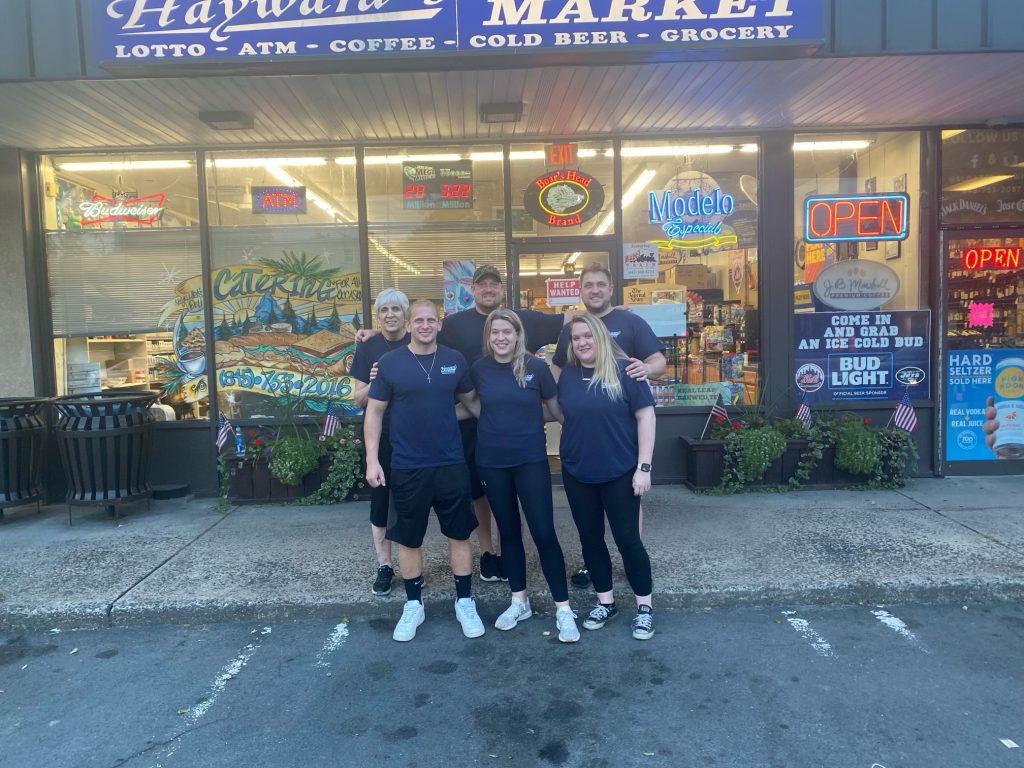 In their early 40s, and raising a family, the Haywards took a leap of faith and bought Food Mart, their predecessor.

“It was a second act,” said Hayward. “We figured we knew something about the deli business but still, it was scary. We were putting all our eggs in one basket, while raising kids. We used our savings, loans, a promissory note.”

Seven years ago, Ken Hayward, then 57, had a heart attack and died.

Lauren Hayward was at a crossroads.

The Haywards rallied. The family worked together to continue Ken’s legacy. The children grew up in the deli. The community stepped up.

At 61, Hayward is ready to retire, and her children are pursuing other career dreams.

“It’s time to let my children be who they want to be and not who I need them to be,” said Hayward. “I didn’t really want to continue to do this without them, but I didn’t want to make them stay.”

Looking ahead, Hayward hopes to spend more time working on the Sloatsburg Chamber of Commerce, help out with the Sloatsburg Food Pantry, and “be grandma a little bit more.”