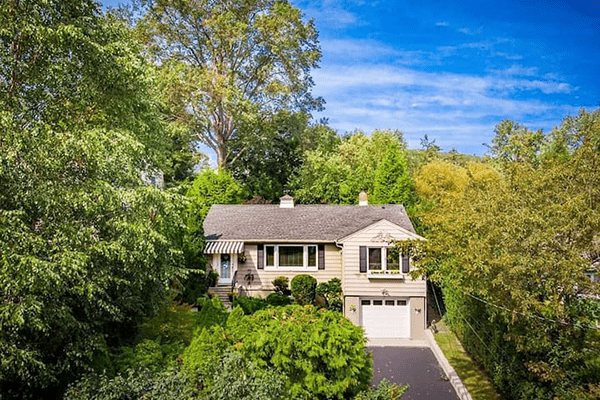 Nearly four years ago, Lori took her greatest financial asset and made it work for her: She listed a large loft in her Nyack house on Airbnb. Becoming a host for travelers seeking short-term stays supplemented an income largely earned through a combination of dog training/boarding and photography.

But through COVID, renting her digs through Airbnb, became a lifeline for survival.

“Renting the space has allowed me to survive,” said Lori, who did not want her last name printed. “My dog income has always been stable. Before COVID, this income has never gone away. Luckily I had diversified before COVID.”

Airbnb has become a go-to for many over the past couple of years seeking to bolster income, with a proliferation of new hosts in Rockland County, and in the Hudson Valley and Catskill region at large.

According to new data from Airbnb, the Hudson Valley and Catskill regions are among the top ten most profitable areas in the country for new hosts with just one listing for the first six month of 2021. New hosts collectively earned $3.1 million between January and June 2021, the data shows.

“Many of these hosts starting hosting within the past six months, even before vaccinations were widely available,” said Samuel Randall, senior communications manager for Airbnb. “What this really shows is that the Hudson Valley and the Catskills are regions where people want to travel. They’re looking for more rural destinations, with wide open beauty and lots of activity.”

Half of new listings that were both activated and booked in early 2021 got a reservation request within four days, and the average annual earnings per host who had welcomed at least one guest was $9,600, the report shows.

The report also reveals sixty percent of new hosts were women, who have made more than $83 million in the U.S. since January 2021. Additionally, new senior hosts in the U.S., aged 60 plus, have earned more than $30 million.

“We know that women were disproportionately affected by the pandemic, and that hosting has been an opportunity to supplement income,” said Randall

Though some of these top ten destination are urban, Airbnb says more and more hosts are popping up in small towns and rural areas.

“These destinations are top-searched areas of the country, and we expect to see that sustained interest,” said Randall. “The pandemic has changed how people travel. They are more flexible. They can travel for longer periods if they are working remotely. They’re not tethered to a central location. We have seen longer trips on the platform. The percentage of long-term stays, 28 nights or more, has doubled since 2019, from 14 percent in Q1, to 24 percent in Q1 2020.”

A scan of Rockland County shows roughly 25 listings for Airbnb hosts, from Nyack to Haverstraw to Suffern. Hosts advertise the benefits of lakeside getaways, accessibility to hiking trails, farm fresh eggs and privacy. Rules on short-term rentals vary from town to town, village to village in Rockland County. For example, Clarkstown residents who want to run an Airbnb from a one or two-family house for less than 30 consecutive days, require a permit. However, multi-family dwellings do not have short-term rental restrictions.

Nyack host Lori says travelers have typically booked her Airbnb while attending family events such as weddings or funerals. Others stay while they’re looking for a job or waiting for a house to be built. Shorter terms renters come to Nyack for fairs or weekend visits.

The host says her Airbnb has been continuously occupied since COVID. In addition, she has noticed that guests have stopped trying to negotiate rents.

“On Airbnb, there is a way to ask for a discount or negotiate a rate,” said Lori. “But I’m not seeing that now. Guests are not negotiating.”

Lori, who has owned her home for 25 years, says Airbnb gives her flexibility to take in guests for short-term stays, rather than seeking a roommate to help carry the expenses of mortgage and “screeching high taxes”.

“A long-term renter can be a nightmare,” she said. “Airbnb gives me more control.”