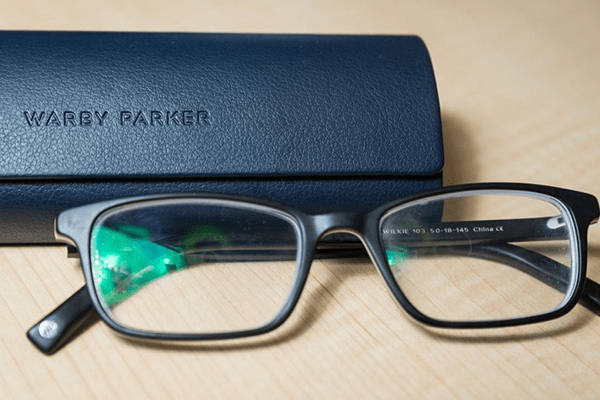 The eyewear company Warby Parker has filed papers with the Securities and Exchange Commission to go public via direct listing on the New York Stock Exchange under the ticker symbol “WRBY.” The company has a manufacturing operation in Sloatsburg.

In a regulatory filing last week, the company, founded 11 year ago, stressed the importance of brick-and-mortar retail at a time when ecommerce is threatening to upend a long-time notion of how people shop.

The company, which has more than 145 stores, plans to open 30 to 35 new locations this year and said it will “seek to continue this pace of rollout into the foreseeable future.”

Most of the company’s stores are in the United States, with three in Canada as of June 30.

In 2017, the company focused on expanding from design to distribution, cutting out the eyewear middleman. The company opened the New York factory, called the Optical Lab, which integrates lens-finishing and assembly, in Sloatsburg.

“Our retail stores embody our brand, drive brand awareness, and serve as efficient customer acquisition vehicles,” Warby Parker,  said in a filing with the U.S. Securities and Exchange Commission. “Over time, we believe our retail stores will generate significant cash flows. Our results of operations have been and will continue to be affected by the timing and number of retail stores that we operate. … Our retail stores are highly productive.”

Warby Parker has expanded its store fleet to more than 145 since opening its first location in April 2013. Retail stores represented 62 percent and 65 percent of net revenue in 2018 and 2019, respectively. When stores were temporarily closed due to the pandemic in 2020, net revenue from its retail stores dropped to 40 percent but has since started to climb back to pre-pandemic levels at 50 percent as of June 30, according to the filing.

In the S-1 filing, the DTC (direct to consumer) eyewear brand revealed that in the six months ended June 30, its net revenue was $270.5 million, up 53 percent from the same period last year.

However, like many consumer brands that have gone public, the brand has struggled to turn a profit. In its last three fiscal years, Warby Parker has either reported losses or broke even, with it reporting a net loss of $55.9 million in 2020. Advertising costs in 2020 grew 35 percent year over year to $58.5 million.

The eyewear brand was founded in 2010 by Dave Gilboa and Neil Blumenthal who believed consumers found purchasing glasses to be a difficult experience.  Since its founding, Warby Parker has amassed more than 2 million active customers and exceeded $393 million in revenue in its most recent fiscal year. Warby Parker cuts out the middlemen, does in-house design and sells glasses starting at $95.

Prior to COVID-19, Warby Parker said the biggest source of its sales didn’t come from online shoppers. The company’s stores, the first of which opened in 2013, comprised 65 percent of its total revenues.

In contrast to many other retailers that often look at hundreds of dollars in sales per square foot, the company said it has an average sales per square foot of $2,900. That’s over $1,200 more than even the $1,657 industry outperformer Lululemon reported in fiscal 2019.

“Glasses are an incredibly personal accessory; as customers look toward purchasing their next pair, we find that there is significant interplay across online and offline channels — browsing online might lead to a visit in one of our more than 145 stores,” Warby Parker said.

Warby Parker expects its share of the market to grow. It sold glasses and contacts to less than 2 percent of all adults who use some form of vision correction in the United States in 2020. With its lower prices, the company said that translates to a 1 percent market share. Citing The Vision Council, a trade group, Warby Parker said the U.S. eyewear market in 2020 totaled $35 billion.