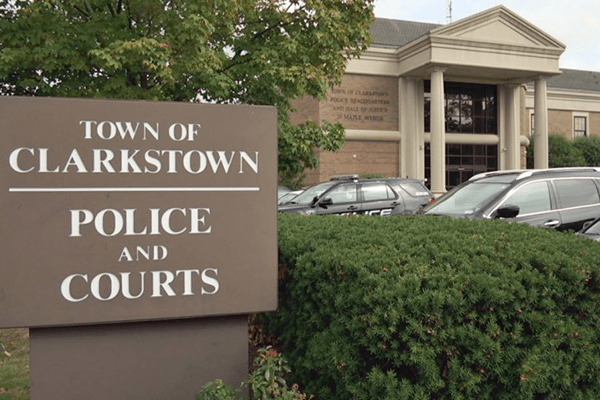 Town Justice Scott Ugell on Thursday tentatively agreed to accept a settlement forged between the Town of Clarkstown and a Valley Cottage resident who built an illegal addition and allegedly cut down a swath of trees on town land but said the defendant should also pay a civil fine to compensate the town for hours spent on the case.

Ugell asked Town Attorney Leslie Kahn to return to court on Sept. 21 with a suggested amount that should compensate for time spent by the town attorney, engineers, building department inspectors and others who’ve worked on the case since Jan. 2021.

“This is a case of large magnitude,” said Ugell.

Ugell said he was satisfied with the global settlement offered to the court on Tuesday, which includes the replacement of 150 trees on West Hook Mountain on two town-owned lots adjacent to the homeowner’s property at 20 Old Stone Road. The settlement by defendant and homeowner Edward Teitel also includes a $25,000 letter of credit to be used if trees need to be replaced, as well as a payment of $3,910 for a survey to establish the homeowner’s property boundaries.

Rather than accept the settlement in toto though, the Judge said the case highlights the problem of violating town codes and coming back to cure them retrospectively.

He said he didn’t want to set a precedent that it is “better to have begged for forgiveness than ask for permission.”

The global settlement, which goes beyond the issues under the court’s jurisdiction, includes the felling of more than 100 trees.

“The town must do an investigation to determine the cost of the civil fine,” said Donald Feerick, the homeowner’s attorney on Thursday. “We understand that. My client is interested in fairness.”

Feerick told the court that an estimated 125 tress that “populate the boundary between the town and his client” will be replanted. The tree felling has been the source of contention between the homeowner and members of the New York/New Jersey Trail Conference. He said he expects the plantings will take place either this fall or next spring.

Feerick has told the court the homeowner Teitel did not admit to any wrongdoing regarding the tree cutting but explained he was willing to replant felled trees because “he wants to return to his family life and to his solitude on his property.”

The Clarkstown Police Department is undertaking a criminal investigation of the tree cutting but Town Attorney Leslie Kahn said “the town has no evidence the defendant took town the trees.”

A spokesman for the Clarkstown Police Department Norm Peters has said, “the investigation is ongoing.” He added that “there is no timetable on how long an investigation takes.”