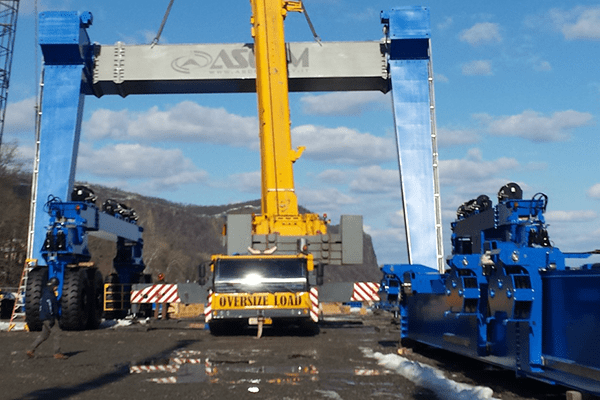 North River Shipyard is suing the Village of Upper Nyack for $8 million over a noise law it says will hobble its business. Graefe and Sons Corp. (dba North River Shipyard) and Van Houten Holding Corp., owners of the business and property, respectively, have accused the village of violating constitutional rights to due process and free speech.

The plaintiffs are also seeking damages under a federal statute that allows compensation for violations of federal constitutional rights.

On June 17, the village enacted a “regulating sound” law that restricts use of heavy equipment to two hours, followed by at least a half-hour of no work, and limits weekday operations to 9 a.m. to 4:30 p.m., the lawsuit states, regardless of the level of noise produced by the equipment.

The shipyard had been operating 12 hours a day, so the law in effect restricts work to six hours and prevents lawful use of its new crane, the suit claims.

The intent of the law is to counteract “disturbing or excessive sound” that is a “detriment to the public health.”

The suit also says that there is no other property in the village where heavy equipment is used in a lawful daily business operation.

The plaintiff is asking the court to declare the new law as unconstitutional, arguing it’s arbitrary, not supported by evidence, irrational, discriminatory, and without evidence to support the benefit of the randomly chosen limits. The lawsuit compares the noise it generates to landscaping equipment, which is equal or louder and has no time limits.

The plaintiff is seeking $3 million in compensatory damages and $5 million in punitive damages.

North River Shipyard, founded in the 1790s by John Van Houten and formerly named Petersen’s Boat Yard, is two miles north of the Gov. Mario M. Cuomo Bridge, and next to houses in the Van Houten’s Landing Historic District. Sloops, schooners, and steamboats were built on site along the Hudson River.

In 2010, Ken Graefe bought the outfit to repair large commercial vessels, such as Circle Line cruise ships, and he also built docks. The village planning board approved Graefe’s plans, the lawsuit states, and found no “significant negative impact on adjacent uses or properties.”

The shipyard has become more industrial, according to the village’s 2020 Comprehensive Plan. The plan called for new standards for noise, lighting, odors, debris, air quality and impact on river views to co-exist with the residential portions of the Van Houten’s Landing Historic District.

The complaint claims the village’s actions are meant as retaliation against the shipyard for asserting its property rights in previous court actions.

For several years, the village and North River disputed over the company’s installation and use of a 400-ton mobile crane for hoisting boats. Rather than litigate with the village, the shipyard moved the crane to a barge beyond the village’s jurisdiction. North River maintains the sound ordinance was passed in retaliation for its use of the large crane.

The Village has until Aug. 30th to respond to the complaint.