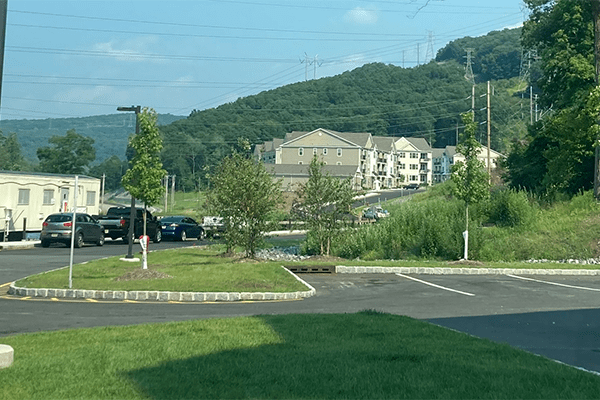 The Watchtower Bible and Tract Society, which is seeking permission to build a headquarters for an audio/video production center in the Town of Ramapo, now owns a rental-housing complex on Route 17 to house its volunteers and contractors while its project is built.

“Nothing is being changed,” he said. “Not the leases. Not the price of the units.”

The society has purchased the Woodmont Hills 384-unit rental complex from Woodmont Properties for an undisclosed sum and renamed it Woodgrove at Sterlington. Presuming it will get approval to build a 1.7 million square-foot-foot World Headquarters of Jehovah’s Witnesses Audio/Video Production Center on 155 Sterling Mine Road largely in Sloatsburg and partly in Tuxedo in Orange County, the Order plans to occupy only seven of the 16 rental buildings in the complex. The rest will be leased on the open market.

“We bought the property with the goal of reserving the empty buildings to support the project on Sterling Mine Road,” said spokesman and project architect Keith Cady.

Cady said he expects the project to span four years, beginning in 2022. The 168 units, he said, will house the Order’s volunteers and contractors. When the project is complete, the complex will be sold and the tenants will move on, Cady added.

Woodmont Properties, a regional real estate developer based in Fairfield, NJ, began building Woodmont Hills, a luxury rental apartment complex, on a wooded parcel above Route 17 in 2019. The project, approved by the Town of Ramapo in 2014, took a long time to come to fruition because of opposition from Sloatsburg village residents who were concerned about traffic safety, among other issues. The property required additional work including widening Route 17 to allay traffic concerns; the developer had to replace an aging 60-inch water main that carries water to Sloatsburg village. The developer broke ground in May 2018, starting with the northern 34-acre portion of the 54-acre site. The Society will occupy the buildings in the southern portion of the development.

“I can only imagine the residents of the complex will want to shop locally, partake in our restaurants,” said Sloatsburg Mayor Peter Akey.

Though the complex is outside the Sloatsburg Village boundaries, the village will be providing fire services in exchange for the purchase of fire-fighting equipment.

The first phase of the 384-unit Woodmont Hills complex opened in 2020 with nine buildings and a clubhouse. In January 2020, Watchtower became a principal investor in the project and in April 2021 the society changed the name of the entity from Woodmont Ramapo LLC to Sterling Holdings LLC. Phase II of the project, which includes seven rental buildings along with the historically-accurate restoration of the Smith House, pre-Civil War house on the property is underway.

Cady says tenants in the already-leased nine rental buildings will not be affected by the new ownership.

“Nothing is being changed,” he said. “Not the leases. Not the price of the units.”

The Town of Ramapo this week closed the public comment period on the proposed new World Headquarters of Jehovah’s Witnesses Audio/Video Production Center. The project will proceed to the Town of Ramapo Planning Board. No hearing date is set.

The proposal would rezone the portion of the project site within the Town of Ramapo to a new MU-3 Mixed-Use Zoning District to permit the applicant to develop an integrated residential and commercial campus. The Ramapo portion of the project site was previously subdivided into 293 lots for the “Sterling Mine Road Active Adult Community,” which was commonly known as the “Lorterdan Project.” No physical improvements were made to the property following the subdivision approval.