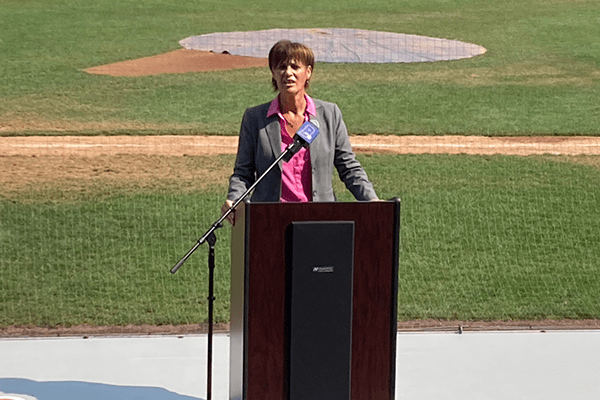 Business Chambers, Tested By The Pandemic, Get 30 Percent Of Overall Funding

With post-pandemic electricity in the air, Rockland County threw out a “financial pitch” to nearly 20 nonprofits that promote tourism at a press conference at Boulders Stadium on Tuesday.

“We are awarding 18 organizations with $175,691 for art, music, theater, sports, and culture,” said County Executive Ed Day. “We want people to come here and spend time in our downtowns, restaurants, stores.”

Day added, “This is not a giveaway; it’s an investment.”

The county, along with New York State, has been handing out tourism grants since 2014. Still in the thick of the pandemic, the annual February event was put on hold several months ago. In 2020, the county awarded 32 projects with $212,000.

This year, as in past years, Visit Nyack was among those leading the pack with a $20,000 grant. In 2020, the organization received $50,000, or nearly 25 percent of the total funding, towering over the remaining recipients. Visit Nyack has lead a multi-year advertising campaign that has brought tourists from the metro area and surrounding counties.

For 2021, the county recognized Sloatsburg’s efforts in attracting tourism with a $20,000 grant to Friends of Harmony Hall and a $12,941 grant to the Sloatsburg Chamber of Commerce. Sloatsburg, a gateway community to the Hudson Valley, has been revitalizing with Michael Bruno’s Valley Rock Inn, beautification and a new park, and the Woodmont Hills housing development along Route 17.

Typically the tourism grants derive from the county coffers, which is a dedicated tourism line in the budget and from I Love New York, an affiliate of New York’s Empire State Development. However, this year’s awards did not include state funds.

The organizations will use the funds for promotion and advertising their programs, initiatives and events. Rockland has been positioning itself is as a destination where tourists can stop at multiple locations — such as traveling through the river towns — rather than visiting a single village or town and then leaving.

Day noted eight years ago, when the county was strapped, there was no ability to hand out grants. Today he pointed out the average household in Rockland would have to 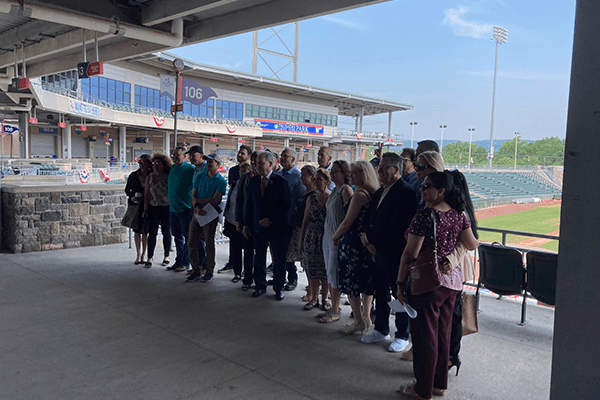 pay an additional $585 in yearly property taxes to maintain current services if not for tourism generated sales and local taxes, Day also said 7.1% of the county’s employment, or 8,700 jobs, are tourism-related.

The county executive gave a special shoutout to the county’s chambers – noting the critical role each has played throughout the unprecedented challenges brought on by lockdowns, mask mandates, and social distancing. The Greater Suffern Chamber of Commerce was awarded $8,200; the Nanuet Chamber of Commerce got $12,000.

Taken together, the chambers of Commerce, including Visit Nyack, accounted for nearly 30 percent of the total grant funding.

“Our economy is growing faster than anyone could have imagined as we come out of the pandemic,” Day said.

Lucy Redzeposki, who has returned to her former position of Director of Economic Development & Tourism, after a hasty departure by Jeremy Schulman several weeks ago, told recipients “We want to bring in tourists, bring in revenue, support your organizations.”