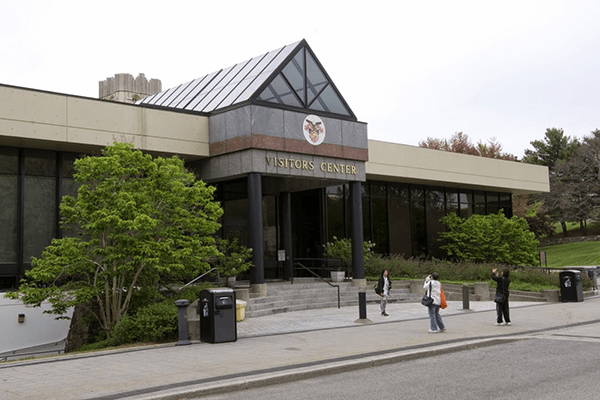 Work is moving forward on an ambitious $450 million overhaul of Thruway rest areas that currently employ more than 460 New York residents, including those at Sloatsburg Travel Plaza.

A pair of WARN notices were submitted to the New York State Department of Labor this week announcing the layoffs of hundreds of foodservice employees including 164 service workers from four Travel Plazas: Sloatsburg, Ulster, Pattersonville and Oneida. Non-union members, some 46 employees from Sloatsburg have received notices.

HMS Host Family Restaurants has been operating Burger King, Starbucks and Pret at a dozen locations up and down the New York State Thruway. As New York undergoes a major rehab of the rest stops, HMS’s contract expires this July.

A new food service company will be taking over the locations and is expected to rehire most of the employees, according to the WARN notice. The Irish company Applegreen has signed a 33-year lease to operate food outlets at the new, modernized rest stops.

The state Thruway Authority’s Board of Directors in 2020 approved a $450 million, 33-year deal that will require a private consortium to revamp all 27 service plazas along the 570-mile superhighway system. The upfront costs will not fall on tollpayers.

The consortium — known as Empire State Thruway Partners — will spend $300 million to rebuild 23 rest stops and extensively renovate the remaining four. It will also be required to pay the Thruway Authority at least $51 million in rent and invest another $103 million in improving the rest stops over the course of the three-decade-long contract.

In exchange, the consortium led by the John Laing Group, a private investment firm, will operate the restaurants, shops and facilities at the rest stops for 33 years.

Empire State Thruway Partners is projecting more than $10 billion in gross sales over the course of the contract, according to the Authority.

The first phase of construction is set to begin this summer at 16 service areas, including Plattekill, Ulster and Sloatsburg.  Officials say that no two consecutive service areas will be closed for renovations at any time during construction. There are 27 service stations in all, with 23 of them being completely rebuilt. The remaining four will receive “significant renovations.”

Improvements will include Taste NY farm markets, picnic spots, dedicated pet walking areas and amenities for long-haul drivers like showers and laundry. And 150 additional spaces will be added system-wide for truckers, according to the Thruway.

Applegreen is expected to incorporate new order-ahead services and drive-thru windows at their restaurants, allowing travelers to more conveniently grab food on their travels. Some of the rest stops will also receive luxury upgrades such as climate-controlled indoor pet areas, nursing lounges, and food trucks.

The deal represents the first major renovation of the Thruway rest areas since the early 1990s. The facilities were originally built in the 1950s.

“The upgrades planned with this redevelopment project include innovative, modern initiatives to improve the customer experience for the tens of thousands of travelers who use the service areas every day,” Thruway Executive Director Matthew Driscoll said in a statement.