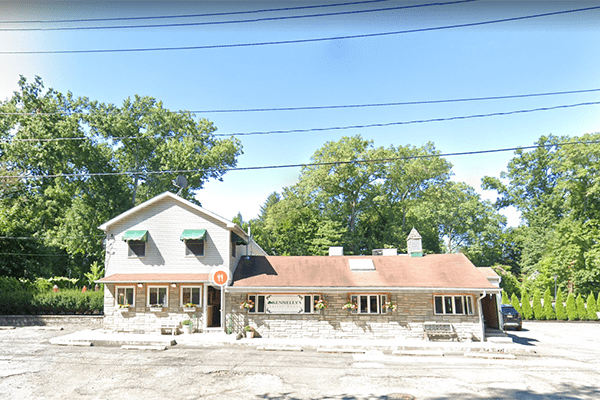 The Clarkstown Planning Board on Wednesday greenlighted senior housing on the Kennelly’s Grille House site at 962 Route 9W, adding another 25 one-bedroom units to the growing mix of market rate senior housing.

Clarkstown’s updated Comprehensive Plan, which is expected to be unveiled this spring, calls for development of a broad variety of housing units for seniors at all income levels, lifestyles and levels of care. The average cost of assisted living in and around New City is $4,978 per month compared to the national median of $3,495, according to caring.com.

The planning board unanimously approved the application submitted by property owner Sosken Inc. to demolish the existing structures and construct Kennelly Square, a three-story senior housing apartment building on the 1.3-acre site just south of Lake Road in Congers.

The applicant was granted a special permit to build senior housing, in the “Neighborhood Shopping (NS)” zoned district. Clarkstown has capped its allowable senior citizen housing units with special permits to 700.

By special permit to date, 173 units have been built at Atria (80) and Vincent’s Village (93). Schimpf’s Farm, which has been granted preliminary approval, will add another 127 units, brining the total to 325, including Kennelly Square.

The planning board also held a continuation of a hearing for Buckley Farm, a proposal to build 195 senior housing units plus 22 single-family homes on North Main Street in New City by way of a special permit.

The Apfelbaum Family Ltd Partnership (AFLP), which for years has met with resistance to developing Buckley Farm is seeking approval to subdivide the 30-acre site into 22 single-family building lots, and for a separate lot to develop six buildings with 195 senior housing units. There is likely to be continued opposition to building on the environmentally sensitive parcel that includes wetlands, floodplains, and a tributary to the west branch of the Hackensack River.

If the project is greenlighted, Buckley Farm would bring the tally of planning senior housing units in Clarkstown to nearly 520 for projects that have been given special permits. The Planning Board on Wednesday accepted the draft environmental impact statement “as complete”, and set a public hearing for June.

If approved, Clarkstown will be at nearly 75 percent capacity of its allocation of special permits, leaving 180 units in play. However, The Town Board may, by resolution passed by a super-majority vote after a public hearing, increase the total number of senior citizen housing units.

Town officials are in the early stages of talking about building senior housing on town-owned land on the former Rockland Country Day School site. Anticipating opposition, the town recently delayed zoning a portion of the 20-acre site for future development but Clarkstown Supervisor George Hoehmann said the town is considering affordable senior housing on the site.

Rockland County developer Gabe (Gavriel) Alexander, who recently purchased the 9-acre parcel in New City that houses Camp Merockdim (formerly Camp Champion), wants to tear down the camp and build senior housing. The developer will be asking Clarkstown for permission to construct a three-story, 265,654 square-foot building for 144 senior housing units with amenities.

The parcel, located close to the Ramapo border, is zoned R-22, or single-family houses on half acre parcels. If the developer were to build housing without seeking a permit or zone change, he would be able to build about 15 to 17 houses. A multi-family housing project would require a zoning amendment, though senior housing would only require a special permit.

If Alexander’s project receives a special permit for 144 units, the tally under the 700 cap would rise to 664 — potentially forcing a private developer for Rockland Country Day School to need not just a special permit but to increase the number of units by way of a town board vote.

Clarkstown’s zoning code also has what is known as the AAR or Active Adult Residence zone, which allows a developer to apply to the Town Board for an overlay or floating zone allowance. The floating zone must be close to public transportation, shopping and community services. While an application can be considered in many of the town’s zones, the site must be a minimum of three acres or larger.

The town has capped AAR units at 800. To date, 77 have been built at Eden Park (34) and Wolfe Landing (43), but another development, Vanderbilt Grande, has received approval for an additional 100 units.