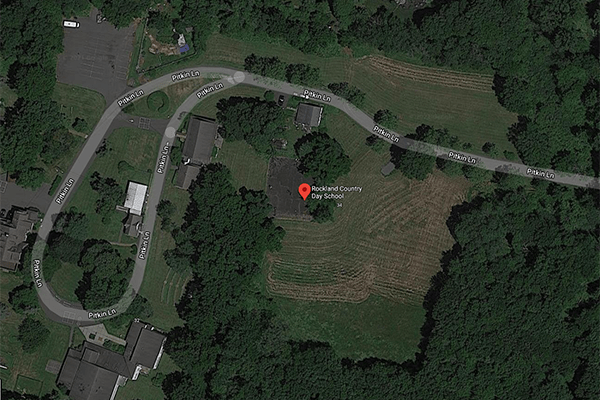 The Town of Clarkstown tabled plans on Tuesday to vote on rezoning a portion of the Rockland Country Day School site amid a growing storm of protest and confusion over future designs for the property.

Many residents voiced opposition to any development on the site, reprising to Clarkstown Supervisor George Hoehmann his promise to preserve the campus for open space when the town purchased the property in 2018.

Hoehmann pushed back at the hearing, reminding residents the town has always floated the idea of putting affordable senior housing, or housing for volunteer firefighters or EMT workers, on the site. He repeatedly said the town needs more affordable housing for seniors who should not be forced to flee to Florida.

The town had planned to vote on a resolution to change a portion of 7-acres from R-40 (single-family homes on one-acre lots) to R-22 (single-family homes on half-acre lots). The zone change, the town said, was not tailored to any specific plan for a senior housing development, but rather to unify the zoning of the nearly seven-acre parcel that is split between R-40 and R-22.

Nevertheless, residents showed up in person to the town hall meeting to express near global opposition to building on site, particularly a dense housing development.

“I am heartbroken,” said Christine Rigney, a Congers resident. “We were led to believe that the town purchased the land with the intent to preserve open space.”

Residents raised a host of concerns about development on the large tract, from traffic issues, light pollution, a change of character to the bucolic aesthetics in a neighborhood of single-family houses. Others spoke about potential environmental impacts including adding stress to the water tables, drainage, and the razing of trees.

“Multi-family housing is not a fit for the surrounding community or the hamlet,” said Gerry O’Rourke, president of the Congers Civic Association. “We don’t want it. It feels like someone is deciding to rush this through. There needs to be an overall plan for the entire 20 acres – don’t do this piecemeal.”

The town has not tapped a developer yet, nor has it made clear what it intends to do with the entire 22-acre 32-34 Kings Highway campus, which it purchased for $4.4 million in 2018.

“Senior housing is going to be looked at,” said Hoehmann, adding that the town-owned senior housing Middlewood Senior Citizen Park in Nanuet offers an affordable option for town seniors, has a waiting list of more than 300, and generates revenue for the town.

At least one senior, Rosemary Helmer, made a plea for affordable senior housing on the site.

The town is free to develop the land as it pleases but if it engages a developer for senior housing, the developer will need a special permit. The special permit would allow up to 136 units on a property situated on a state or county road. The code allows for 20 units for acre for senior housing built by a nonprofit; the number falls to 16 units for a for-profit developer. However, every council member agreed that the maximum allowable density was inappropriate for the site.

Clarkstown’s updated Comprehensive Plan, which is expected to be unveiled this spring, calls for development of a broad variety of housing units for seniors at all income levels, lifestyles and levels of care. The average cost of assisted living in and around New City is $4,978 per month compared to the national median of $3,495, according to caring.com.

Affordable units based on today’s county median income would mean units renting for about $1666 per month.

One resident raised the idea that the town in early March had illegally subdivided the property, carving out the 7-acre portion on the lower part of the tract, which could become the future site for development.

Donna Leavy has obtained counsel, who has sent a letter to the town alleging that officials subdivided the land without proper environmental review.

The letter states that “there may be legal infirmities to such action.” It also says the town failed to “properly evaluate the proposed action and plan in compliance with the requisite planning and environmental procedures.”

Town officials at the meeting did not address the concern raised by Leavy who said, “We’d like to believe this was a mistake. Please do not make us challenge you in court.”

Leavy said she has four months to file the suit but is hoping the town will rescind the subdivision and undertake an environmental study on the property.

Town attorney Leslie Kahn did not respond to emails or calls seeking comment.

Hoehmann told residents last night that New City Library will be leasing space on the campus for between one to two years. He also said there is interest among nonprofits to utilize empty buildings on site.