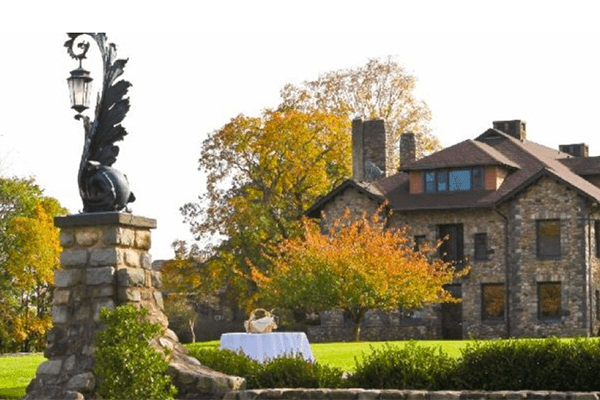 Is the American county club on the decline? If so, what does that portend for the large acreage most sit upon?

That conundrum is at hand in Rockland County as the Paramount Country Club considers its future. Suffering from what it cites as a decline in interest in country club membership and attendance, and an extra helping of misery brought on by the pandemic, the owners of the club want to build a significant-sized housing development of five single-family houses and nearly 200 town homes.

The owners of the Paramount Country Club have submitted a preliminary plan under the name Dells Inc. to build the development on approximately 36 acres of vacant land. Dells Inc. says the “proposed development was meticulously carved around the grounds and golf course” to minimally interfere with both the country club and its facilities. The entire property fills 217 acres.

What makes this application unusual is that Dells Inc. is asking the town to create a new zoning district for its proposal.

While the five homes proposed on single-family lots located on the west side of the property conform to the R-22 district, the proposed 198 town homes scattered in different areas, do not comply with R-160 zoning, which is known as conservation land. R-160 zoning allows for a single-family house per four acres.

“The applicant is looking for Clarkstown to create a brand new zone rather than seeking a zoning change to the R-160 zone,” said Town Planner Joe Simoes, explaining the town is filled with several R-160 conservation zones in mountainous and steeply wooded areas that would then be subject to the same changes.

Zone changes are permissive and the town does not have to entertain a request for one.

The preliminary application asks for a new zoning district that allows for up to eight units per acre but has similar footprints and height to a district allowing up to 18 units per acre. This new zoning would be something of hybrid between the MF-1 and MF-3 zoning districts. Their new zoning is essentially an MF-1 zoning with a greater percent of buildable coverage. The preliminary strategy is to argue that the denser housing is compensated by the adjacent open space of the golf course.

However, even an MF-1 zone change would require several variances for building and lot coverage.

The bulk of the town homes, 145, will be located on one lot adjacent to the existing club along the east side of Zukor Road. The plan calls for creating a new main entrance for the club to the north of the existing entry road.

Two smaller groups of a total of 53 town homes would be located off Doral Court, at the southern end of the parcel.

Typical units would be about 2,000 square feet in buildings with three, four or five units.

The applicant says the development “represents the new amenity rich lifestyle sought by Paramount’s current and future membership.” But it raises concern for the Town of Clarkstown, which is experiencing pent up demand from developers to build large housing developments, particularly for senior housing.

The Paramount Country Club, formerly the private estate of Adolf Zukor, the founder of Paramount Pictures, has long served as an award-winning championship par 70 golf course, tennis and swim club.

“Between the Great Recession of 2008 and changing tastes and demographics, traditional golf, tennis and swim clubs are having difficulty maintaining economic viability,” the application says. “Older members are downsizing and relocating. Younger families are not as willing to commit to full memberships.”

The recent closure and sale of Minisceongo Golf Glub is Pomona is one such recent casualty.