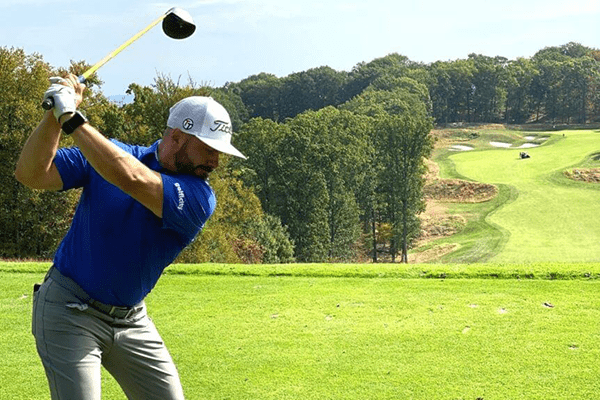 The Town of Stony Point has signed a contract to sell the former Letchworth Village property and Patriot Hills Golf Course to a developer who intends to invest in the remediation and redevelopment of the former state institution as well as upgrade the golf course, clubhouse, and catering facilities. The golf course will remain accessible to town residents and their guests, and Stony Point active volunteer fire department and ambulance corps members will play for free.

The developer, Raja Amar of Stony Point, has agreed to pay $6.4 million for the golf course and 26 adjoining acres on the former Letchworth Village property. The agreement calls for the payment at closing as both a cash payment and performance bond for the design and construction of a new Stony Point Community Center. The developer has been negotiating with Stony Point for three years.

It is estimated the developer will spend at least $6 million to remediate and demolish the buildings on the Letchworth site within the next seven years. The Kirkbride Hall building, used for town recreation, will be preserved.

The sale, which has been in the works for more than two years, is aimed at transforming Stony Point, making it a tourist draw and putting the property back on the tax rolls. Throughout the negotiations with the town, the developer has signaled a desire to build a luxury hotel and conference center on the site. The development team has begun to reach out to major brand hotels such as The Ritz Carlton and the Four Seasons, which would give Rockland County its first five-star hotel.

It is unclear, however whether the pandemic has tamped down the appetite for hotel-building for now, but Amar says he’s not worried. The first-time developer believes the site remains ripe for a hotel property, even a boutique hotel.

“This is an exciting day and big win for Stony Point,” stated Town Supervisor Jim Monaghan at the press conference on the golf course. “As far back as 2003, the town has actively worked to market the old Letchworth facility and today’s agreement will finally ensure both the revitalization of this property and the enhancement of this beautiful golf course for benefit of our taxpayers.”

Amar, and two partners are operating under the name Patriot Park Hills LLC. Stony Point resident Amar, the lead visionary on this project, is CEO of the Nanuet-based Portables Unlimited, LLC, T-Mobile’s largest wholesaler. He is partnering with fellow Stony Pointer Brion Hayman, and Lawrence D. Melchionda of Parsippany, NJ, who is Portable Unlimited’s Chief Operating Officer and Vice President.

The purchasers have agreed to fund the design and construction of a new Stony Point Community Center to replace the current RHO Building on the Letchworth site, which constantly needs repair. The new community center will provide facilities for senior citizen functions, official town meetings, and other uses.

“As a resident of Stony Point, I have a personal interest in investing in our future for the benefit of our community and its residents,” said Amar.

Town officials say the contract creates the potential for the site to generate income rather than be a drain on resources. Monaghan hopes a major development will bring much-needed economic stimulus to the town. In recent years, Stony Point has lost its largest taxpayers – Gibson, Tilcon, the Lovett plant and more.

The Patriot Hills golf course has been consistently subsidized by town taxpayers by an average of more than $1.3 million per year for the last five years. The savings for Stony Point taxpayers will be significant including eliminating the need for an estimated $7 million in projected additional expenditures and debt for golf course capital improvements, renovation of the catering facility and maintenance for the dilapidated Letchworth buildings.

“The golf course has been a drag on our finances for years that has prevented us from investing in other priorities,” said Monaghan. “This deal will enable us to direct resources toward other critical needs.”