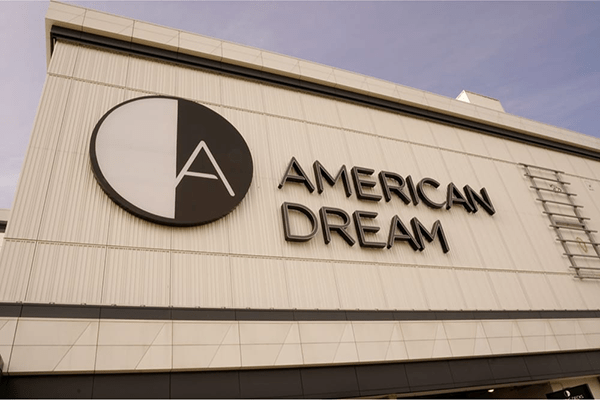 Before the pandemic turned the world upside down, a bevy of entertainment entities planned to expand their brands in the The Palisades Center in West Nyack. Each concept appeared to shoot for ever more ambitious ways to engage youth in learning and adventure and physical activity. Specifically, Boda Borg, a Swedish questing company, and Arena STEM, a science-oriented concept, had planned to lease space. So too did Get Air!, a trampoline park with locations around the country.

All have backed out, according to a source close to the Palisades Center.

The U.S. retail industry is weathering financial strain, unprecedented closings and bankruptcies as the pandemic accelerates a consumer pivot to e-commerce. Lockdowns and fear of gathering during COVID-19 have kept people from frequenting entertainment venues that had drawn traffic to retail centers.

While companies like Get Air! have slowly been reopening locations around the country, their New York centers are still closed. The northeast has been hit particularly hard by the pandemic, with government officials taking an aggressive and cautionary stance on allowing people to gather in indoor spaces.

The Palisades Center is not alone in its need to respond to dizzying changes that have occurred over the course of the year, but it reveals the conundrum in which many shopping center owners nationwide now find themselves.

According to Co-Star, a Canadian retail landlord said it looks increasingly likely that its lenders will move to take a 49 percent interest in the two biggest shopping centers in North America in an effort to make good on unpaid debts tied to another massive shopping-and-entertainment hub it owns, American Dream in New Jersey.

An executive with Triple Five Group, the owner of Mall of America in Bloomington, Minnesota, the largest U.S. mall, and the even bigger West Edmonton Mall in Canada said the company is trying to restructure the loans behind the $5 billion American Dream, which had the misfortune of opening at about the same time as the pandemic struck.

“From a financial perspective it would have been much better if American Dream had burned down or a hurricane would have hit it,” Kurt Hagen, senior vice president of development at Mall of America, told the Bloomington City Council last month during a pitch to redirect tax-increment financing to support the hospitality industry, according to Co-Star.

The 3 million-square-foot American Dream closed for most of 2020, and generated no cash flow for six months straight. Hagen said Triple Five has seen some encouraging activity in American Dream’s attractions, which include a water park and ski hill, but the retail portion of the mall has never been fully functional.

The financial exposure gives lenders Goldman Sachs and JPMorgan Chase the leverage needed to take over the collateral Triple Five offered to obtain a $1.67 billion construction loan for American Dream: a minority stake in both Mall of America and West Edmonton Mall.

Back in July, the owners of The Palisades Center, reached an agreement with its lenders to avoid foreclosure. After temporarily closing due to the coronavirus shutdown, Palisades Center Mall owner Pyramid Companies risked defaulting on its $388.5 million CMBS loan. The loan fell into special servicing in April.

The Palisades Center had been struggling prior to the shutdown – losing both J.C. Penney and Lord & Taylor, as well as several other retailers including Bed, Bath & Beyond. However, tenants across the board ceased paying rent during the lockdown. Occupancy rate before the pandemic was 82 percent.

According to the standstill agreement, Pyramid on June 19 received a moratorium on debt service payments or reserve deposits until September 9. Pyramid originally sought relief through 2022, but after talks with special servicer Wells Fargo it changed its request to a six-month deferral, an extension of the loan and modifications to the cash flow and use of reserve funds.

During the past few years, malls had been betting on entertainment to lift their prospects, as they could see the handwriting on the wall from failing retailers that were filing for bankruptcy or downsizing. Large chain restaurants, too, had begun to suffer before the pandemic. But destinations for kids and families – fun – was the holy grail,  the component that would reinvent or stimulate activity at malls.

Now the conversation is shifting to repurposing malls with residential, medical and warehouse development because drawing people to entertainment arcades and trampoline parks in the New York area remains a challenge.

Boda Borg, with it first and only location in Massachusetts, had eyed The Palisades Center for its second. The company opened its first US location in Malden, Massachusetts in 2015. Since then, people from across the globe have flocked to Boda Borg to participate in its unique challenges, or “Quests,” that test teams of 3-5 on their mental and physical fortitude.

Boda Borg has helped transform Malden, MA into a gaming center – an aspirational model for malls that are looking for a new lease on life. The company had planned to move into the Barnes & Noble space.

Arena STEM, a new and innovative retail-entertainment concept that planned to open in the Palisades Center last June, focuses on activities in technical science, sports, and creative hobbies. They had taken a 10-year lease on 12,240 square feet on the third floor close to the food court.

Its owners had said, “We’re putting entertainment, education and retail under one roof, but the key thing is the experience. Arena STEM is designed for families to come and participate in activities, learning, take master classes, participate in 3D modeling. It’s all about having an experience with friends and families.”

The year-long pandemic has suppressed the ability for entertainment companies to thrive. Even with the vaccine and virus cases on the decline, it is too soon to forecast when life will truly return to a pre-COVID-19 normal.

A robust comeback will be critical for The Palisades Center and other malls to avoid loan defaults. Since reopening, the mall has signed a handful of new tenants, filed lawsuits with a few for back rent, and has lost some key tenants that would have expanded its entertainment footprint.

“The years of big-brand leasing in the malls are done,” said one source. “The question is can we convert the dated structures quickly enough to transport them into the new age?”