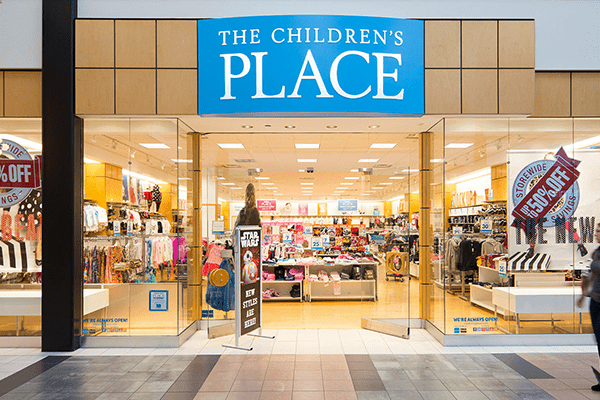 The Children’s Place, the country’s largest specialty childrenswear retailer, remains on track to close 300 stores by the end of fiscal 2021, including the 118 stores that have permanently closed in the first nine months of 2020. It will close 122 stores this year in order to have less than 25 percent of the chain’s revenue derived from mall-based locations.

It is unclear whether The Children’s Place in The Palisades Center will survive the cut.

COVID-19 has accelerated The Children’s Place’s prior plans to “right-size” its store fleet. Elfers also said the pandemic accelerated the plan for a digital transformation by five years.

Of the 122 closings planned this year, 25 are slated for the first quarter. In a less-than-20-month period, which includes this year, the retailer will have closed 300 stores. Prior to the pandemic, it was shuttering 40 to 60 stores annually.

Last year, prior to the pandemic, The Children’s Place acquired the assets and intellectual property rights of a bankrupt rival, Gymboree, for $76 million.

But e-commerce is where the bright light shines.

“Even prior to the pandemic, The Children’s Place was focused on optimizing its fleet of stores,” Amanda Lai, a manager at McMillanDoolittle, a retail consultant, told CoStar News. “The previous management team had over-invested in building large and intricate stores in locations with expensive rents. The pandemic and existing shift to e-commerce further cemented the leadership’s focus on doubling down on digital and shifting away from reliance on brick and mortar.”

The Children’s Place’s portion of sales generated online is more than its retail peers. The apparel and accessories sector saw 29 percent of its sales come from e-commerce last February before the pandemic, which jumped to 37 percent in May amid the pandemic, according to eMarketer. That’s still less than The Children’s Place’s more than 50 percent in online revenue.

Aiding the bottom line, The Children’s Place negotiated successfully on lease terms with its landlords during the pandemic, which in turn allowed the company to accelerate store closures without financial impact. The company’s average lease term is less than two years, according to Elfers, and it was able to obtain rent abatements and reductions from some of its more than 200 landlords last year.

The Children’s Place negotiated about $13 million in rent abatements in the fourth quarter for periods when its stores were closed, offsetting the roughly $14 million in clothing that it donated to needy families during the holiday seasons, according to Chief Financial Officer Mike Scarpa.

Net sales decreased 7.8 percent to $472.9 million in the fourth quarter compared with the year-ago period, primarily driven by the impact of permanent and temporary store closures and the negative impact of reduced operating hours in mall stores, as mandated by landlords. Comparable retail sales for the quarter increased 1%.