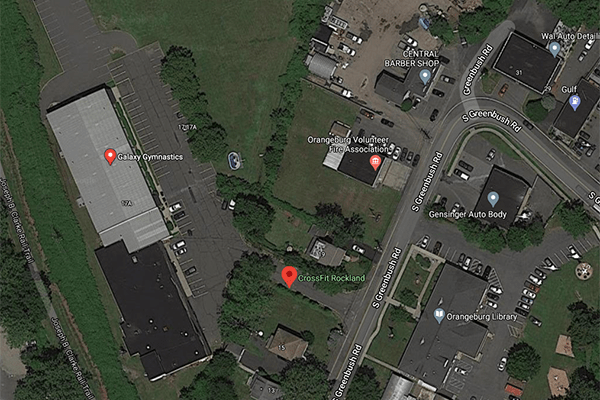 A corporation that is under contract to buy 17-17a South Greenbush Road in Orangeburg, a commercial/factory building, is alleging the seller fraudulently represented the rent roll from a major tenant and wants to terminate the contract, according to a lawsuit filed last week in the Supreme Court of Rockland County.

Joel Bekovic, on behalf of 17 Greenbush Corporation, signed a contract in Nov. 2019 to purchase the 30,000-square-foot building complex on 4.4 acres for $4 million from USA Construction Corporation.

The buyer alleges the seller, breached the contract and is in default. The plaintiff is asking the court to declare the transaction null and void and have the $200,000 deposit returned. Arnold Garelick, signed the contract for the seller as the president of USA Construction Corp and Uri Sasson signed as the secretary and treasurer.

Sasson is a longtime Rockland County developer and part owner of Clarkstown Executive Park in Valley Cottage. He has built over 4 million square feet of real estate throughout Rockland County, and is now working with his son Elon on Gateway Lofts, a 33-unit boutique apartment building in construction on the corner of Route 9W and Main Street in Nyack.

The plaintiff is also asking the court to allow the buyer to foreclose on the “vendee’s” lien against the property in the amount of his down payment.

At the time of signing the contract, the suit says, the seller gave the buyer a rent roll, which represented rent from Galaxy Gymnastics. The rent roll “showed rent in an amount far in excess of the amounts actually collected from that tenant for years prior,” the suit says. The suit does not provide the amount of rent, nor does it say how many years prior.

The plaintiff alleges the seller knew the rent roll was false and that he made it for the sole purpose “of inducing the plaintiff into entering the contract.”

The rent roll was revised repeatedly during the due diligence period to correct for other inaccuracies, but the correct amount of rent was never entered into the rent roll or disclosed, the suit says.

CrossFit Rockland and several manufacturers also occupy the complex, but no other tenant is cited in the suit.

The suit says that “Galaxy Gymnastics contends that it is not obligated to pay rents in the amounts claimed by seller.”

The buyer claims he relied on the plaintiff’s representations to apply for and obtain a mortgage commitment.  He had 21 days after the close of the due diligence deadline to get his mortgage.

The suit says the seller did not reveal the correct rent roll until the mortgage contingency lapsed.

On Nov. 23, 2020, plaintiff’s attorney notified the seller that the contract was terminated and demanded a return of the deposit based on being “unable to obtain, after seeking financing in good faith, a mortgage commitment in light of the disclosure of the true and correct rent roll.”

The seller has refused to refund the $200,000 deposit, the suit says, which is being held by the escrow agent, attorney Ricki Berger of New City.