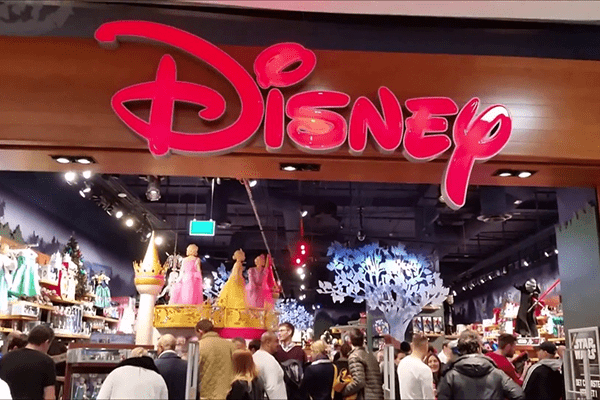 The Disney Store, once a mall staple, plans to reduce its locations in the U.S. and Canada.

It is unclear as to whether the Palisades Center Disney Store will be affected by Disney’s intention to close at least 60 of its 300 stores worldwide, and the store is not on a list the company released but sources close to the mall say the temporarily-closed store is unlikely to reopen.

Nearly 35 percent of the store closings will be in American locations.

Disney had nearly 800 locations globally at its peak in 1999.

Like so many retailers, Disney intends to put more emphasis on its e-commerce business rather than its brick-and-mortar footprint.

“While consumer behavior has shifted toward online shopping, the global pandemic has changed what consumers expect from a retailer,” said Stephanie Young, president of Disney’s consumer products, games and publishing unit, in a press release.

“Over the past few years, we’ve been focused on meeting consumers where they are already spending their time, such as the expansion of Disney store shop-in-shops around the world. We now plan to create a more flexible, interconnected ecommerce experience that gives consumers easy access to unique, high-quality products across all our franchises.”

Disney (DIS) said that it’s focusing on making its shopDisney platform a more “seamless” and “personalized” experience. That online revamp will be “complemented by greater integration with Disney Parks apps and social media platforms.”

Malls and retail centers nationally have been struggling since the coronavirus pandemic forced shutdowns and changes to the ways consumers’ shop. However, The Palisades Center had been struggling prior to the state mandated shutdown – losing both J.C. Penny and Lord & Taylor, as well as several other retailers including Bed, Bath & Beyond.

Tenants across the board ceased paying rent during the lockdown. Occupancy rate before the pandemic was 82 percent. After temporarily closing, Palisades Center Mall owner Pyramid Companies risked defaulting on its $388.5 million CMBS loan. The loan fell into special servicing in April.

Since reopening last summer, the Palisades Center has lost some tenants and gained a few. However EklecCo New Co LLC, the company that owns The Palisades Center, has sued several former and current tenants including the guarantor for Modell’s Sporting Goods for nearly $450,000 for nonpayment of rent since March 2020, Bed Bath & Beyond for $500,000 for back rent, and Solstice Sunglass Boutique for nearly $100,000 in back rent.