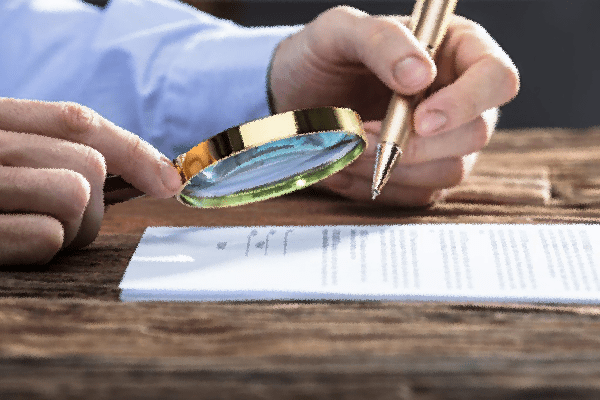 At a time when COVID has undermined businesses and their viability, the Pearl River Chamber of Commerce is experiencing its own convulsions. After a slate of former directors left late last year amid conflict over the nonprofit’s history of accounting practices, the new directors have hired both a forensic accountant and an attorney to get to the bottom of the allegations.

Susan Perzigian, who will step into the president’s role on Wednesday after new officers are voted in at the annual elections, said the board has hired South Nyack Attorney Donald J. Feerick Jr. and forensic accountant James DeMinno CPA of New City to “get the facts.”

Annie Paratore, the former secretary, will become the Chamber’s next treasurer.

At issue are the accounting practices of former treasurer Michelle Worob, a Pearl River business owner. According to the former directors, who did not want their names used for publication of this story, Worob’s accounting practices were vague, questionable, and impossible to decipher when they stepped in about two and a half years ago. They allege the former treasurer made a habit of writing checks “to cash” to reimburse monies she laid out. They point to an $800 expenditure that has the names “Diviny and Troy” scribbled in the margins of a ledger, which was shared with RCBJ. Tom Diviny and Dennis Troy sit on Orangetown Town Council but there is no record of Pearl River Chamber contributions for their campaigns, according to public records.

The Chamber is a 501(c)(6) organization, which is allowed to engage in political campaign intervention activities so long as such activities do not represent their primary activity.

“They’ll get to the bottom of nothing,” said Reid. “There will be nothing there. This is a witch hunt.”

The former directors and the existing board are at odds, but both camps agree an investigation is necessary to clear the air and allow the Chamber to move forward. In fact, it is the former slate of directors who say they had first requested hiring of a forensic accountant to examine the books, but the board showed little interest at the time.

Chambers of Commerce play a vital role in keeping the business community connected and productive. They are viewed as a central nexus for networking, business advice, and keeping downtowns humming. The Pearl River Chamber of Commerce is best known for the organization of Pearl River Day. In its heyday, the Chamber was recognized as one of the strongest in the county though membership has dwindled.

Anyone who’s served on a not-for-profit likely knows how easily they can come undone when there is internal strife based on a difference of opinions for running an organization. The former slate of directors say the Chamber was run like a “social club” with few protocols in place for reporting and tracking its finances. They say the former treasurer had unilateral control over the Chamber’s financial books, did not have a co-signer on checks, did not keep good records, did not produce annual reports.

Reid disputes that, saying every dollar was accounted for.

During the transition, the new directors asked the former treasurer for an accounting of the organization’s financing. They said they initially received a ledger sent by email, and then an updated one with scribbled explanations in the columns against certain expenditures.

They say it is unclear why the treasurer often wrote checks to “cash” to reimburse herself for expenses she said she laid out. They also allege the treasurer closed a PayPal account when she stepped down without offering any financial documents.

Asked why the former treasurer was reimbursing herself, Perzigian said the organization, established in 1954, did not have a credit card, and that not every vendor takes a check.

The former slate of directors say the Chamber’s dereliction of duty extends beyond unprofessional accounting practices. They say the culture of the organization allowed lax practices to persist. Regular meetings were not held, minutes were not taken, and no one in the organization had access to the checkbook apart from the former treasurer.

Reid disputes these allegations, saying the Chamber’s books were open to them.

Ultimately, the former directors clashed with existing board members over their desire to hire a forensic accountant to examine past practices and implement new systems going forward. “We wanted to investigate the facts,” they say. “We wanted a third-party analysis, but the board refused to meet about this.”

Now, the Chamber will do just that.

“This investigation is a waste of our charitable fund raising but it has to be done,” said Perzigian “People have to move on.”

According to its most recent publicly available filing (calendar year 2018), the Chamber had cash in the amount of $39,598 and total assets of $36,630 (net of liabilities).