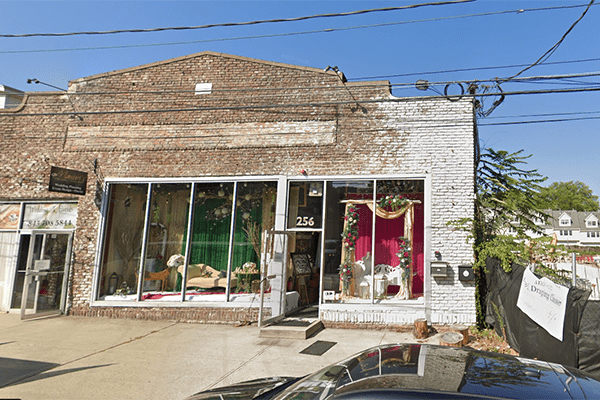 Seizing on a residential housing boom in Nyack, another property owner plans to transform a commercial property into upscale rental apartments.

Hellman Management, which owns 256 Main Street, intends to participate in the transformation of the Village’s gateway, where two landowners have already been approved to add 74 rental units. This adds to the nearly 200 units that have already been built or are underway.

Howard Hellman, head coach of Hellman Management, plans to build 20 state-of-the-art rental apartments on the footprint of the 6,000-square-foot building that occupies the site that is partially empty and partially rented to a gym, Momentum Fitness. His project, designed by Nyack architect Kier Levesque envisions a three-story tiered building with balconies overlooking a courtyard, high-tech electronic systems, and rigorous green standards for studios and one-bedrooms ranging from 400- to 800-square feet.

The apartments are well-positioned for the millennial market, says Hellman, who believes mass suburban exodus of 20- and 30-somethings has slowed down due to the pandemic.

Hellman is preparing to submit plans to the Village within the next few weeks.

“I have always believed density is what makes a downtown successful,” said Hellman, who has owned the site for 15 years. “For any downtown, whether it’s Suffern, Haverstraw, or Nyack, you need density. There needs to be enough people within walking distance for the village to thrive.”

“The comprehensive plan focused on housing in Nyack’s gateway,” said Mayor Don Hammond. “This housing boom that’s in the works will replace many dilapidated, falling-down buildings and old factories.”

Some in Nyack have been vocal about the village’s growth over the years, concerned that too much housing will negatively alter the character of the Victorian-era village. But Hammond noted that the village’s population has remained stagnant for more than six decades and it’s time to grow.

“Look at the numbers,” he said. “We’ve pretty much kept the same number of housing units and the same population for 60 years. The housing boom is bringing recovery to the village.”

And it couldn’t be better timed.

Counties throughout the Hudson Valley are seeing pumped up demand for housing from urban dwellers fleeing cramped apartments and close living circumstances as the pandemic has drawn on, suggesting that lifestyles and commuter patterns may be changing for more than just the short haul. Single-family home sales in Rockland County increased 14.7 percent for the year, with 36 percent of those sales taking place in the fourth quarter. Unit sales for the year were 2,327, as compared to 2,028 in 2019, according to Data provided by OneKey™ MLS.

Hammond says new rental projects will bring more affordable housing units to the village because each development needs to dedicate 10 percent of its total units. However, developers can pay $50,000 per unit to opt-out of the affordable mandate, according to Hammond.

The site of the future Montclare apartment project on Midland Avenue and Main Street, which will bring 48 units to the market, had been a derelict car dealership for more than a decade. Builder Joseph Lagana recently secured an $8 million building loan for the project.

Gateway Lofts, a 33-unit boutique apartment building, is underway on the corner of Route 9W and Main Street in Nyack. Developer Elan Sasson is building a four-story, one- and two-bedroom, market-rate apartment complex.

The Diana Place project is also back on track. Owner/developer JED Realty last summer listed the property with Redwood Realty Advisors but has pulled the listing and move forward with development. The plan calls for replacing two single-family houses at 249-259 Main Street with a 26-unit multifamily rental apartment called Diana Place. The property is located between Bethel Haitian Alliance Church and the parking lot for the five-unit Victorian Townhouse Condos to the east.

The fully-leased Pavion Apartments, at the village’s southern border (Cedar Hill Avenue at Franklin Street), is a market-rate 135-unit rental community with studio, one and two bedroom apartments.

But the TZ Vista project renamed Tidewater on Nyack’s waterfront, which is permitted to be a 128-unit condo complex in three multi-story buildings, has been stalled. The mayor says the project is ‘stuck in a lawsuit” between its principals. The project was expected to break ground last fall. Tidewater calls for adding access to a waterfront park to the Hudson River shore at the foot of Main Street, at Gedney Street.