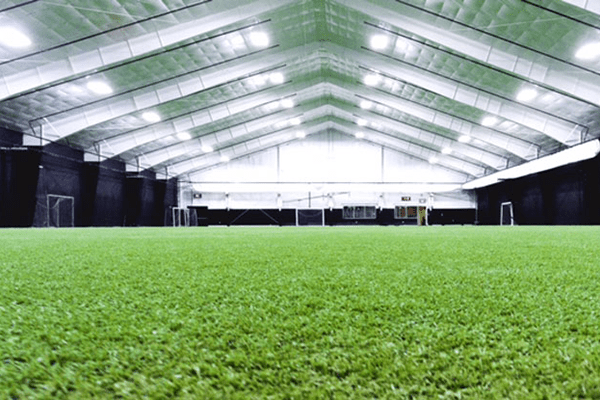 Over the past 12 years, James Miller has transformed West Rock Indoor Sports & Entertainment Complex at 21 Pralle Lane in Nanuet from a tennis center into a multi-faceted facility pulling in more than $1 million annually in revenue.

Like many challenged businesses, West Rock has soldiered through the pandemic by keeping its sports offerings on tap, though its entertainment revenues, which represent 33 percent of income, have been gutted.

Managing partner James Miller says the business remains financially solvent though he had to let go of many staff members who were running the entertainment features.

Patient, and expecting a return to normal eventually, Miller believes the unique sports and entertainment center will spring back, and he says he’s got two years of bookings for parties and occasions.

Nevertheless, Miller, an entrepreneur, recently reached out to Clarkstown town officials to tour the property to initiate discussion about what a private/public partnership could look like.

“Our business is not for sale,” said Miller. “We’re just having discussions about doing more together.”

Some of Clarkstown’s council members were under the impression that West Rock might have been for sale, but Miller emphatically denies this.

One town councilman said, “It’s an awesome facility with great event space but the town’s not buying it.”

Miller took over the club in 2008 when it was a tennis academy. The business, co-owned by four partners, has grown into a multi-sports facility including tennis, basketball, baseball, fitness, soccer, and lacrosse programs and leagues. West Rock offers Break Camps during school breaks, as well as summer camps, including All-Sport Camps, Bounce & Play Camps, and Baseball, Soccer, Lacrosse Camps.

At least 25 percent of the 100,000-square-foot facility, situated in a LIO (light industrial/office zone) has been outfitted with artificial turf.

Miller and town council members agree on one thing: the facility is unique to Rockland and the region. It has several facilities the town does not possess. It pays nearly $200,000 in annual town, county and school taxes, and according to Clarktown town tax assessor, its full market value is $4.3 million.

“The town could benefit from having access to indoor facilities for soccer, basketball and tennis,” said another council member.

Miller insists the business has been able to withstand the pressures of COVID. People, he said, are eager to get out and exercise and there has been robust demand for tennis, basketball, and baseball.

With the vaccine, there’s hope on the horizon that a slow but inevitable return to normal will reinvigorate West Rock’s entertainment business. Barring COVID, Miller may not have thought about bringing the town and the facility to find ways to work together to utilize the sports facilities. But crises like COVID have sparked all kinds of new ways to think about doing business.

“I’m not even sure all the council members had visited the facility before this,” he added. “But given their reach, my reach, there may be an ability to do something together.”