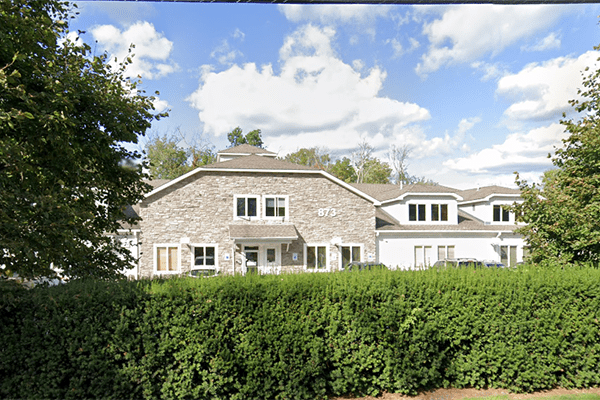 BRIDGES, formerly known as the Rockland Independent Living Center Inc., has sued its former landlord in Rockland County Supreme Court for a large security deposit that has not been returned since the nonprofit relocated to the Palisades Center last summer.

The dispute boils down to whether the defendant can prove the security deposit should be applied to “holdover rent,” or whether or not the parties agreed to maintain the monthly rent amount specified in the expired lease for the few months BRIDGES stayed on in New City.

BRIDGES in 2010 signed a 10-year lease for four suites on the first floor at 873 Route 45 in New City. The nonprofit had been poised to relocate to the Palisades Center when coronavirus restrictions imposed by Gov. Andrew Cuomo shut down the mall.

The suit says the tenant was unable to move safely to the new location and alleges that there was a verbal agreement, memorialized in writing that was sent to New Hempstead Plaza to remain on a month-to-month basis. The suit does not specify whether the agreement was acknowledged or counter-signed.

BRIDGES says it paid monthly rent and left no damages beyond normal wear and tear.

“They paid their rent each month,” said Eric Zitofsky, BRIDGES’ attorney. “They paid exactly what was owed. They were good tenants. They are a not-for-profit, helping people in need.”

It’s been more than 30 days since BRIDGES made a written request for return of its security deposit.

But the lawsuit also alleges Goldstein has said, “he would not return any of the security deposit” and that the Landlord was entitled to “holdover rent.”

When drafting a lease agreement, many landlords include a “holdover rent” provision forcing tenants to pay additional or penalty rent if they remain in tenancy past the lease term. The provision could require a tenant to pay anywhere from one-and-a-half to two times their stated rent for each month they remain on the premises.  “The BRDIDGES’ lease provided for 200% holdover rent,” says Zitofsky, “but the Landlord never raised the issue until after the tenant left.”

BRIDGES moved its offices and three-dozen employees from New City to the Palisades Center in July. The nonprofit, which served almost 5,000 people in 2019, is located on the second floor on the west end of the mall that was formerly occupied by a 99 Cent Store. It will be next to Autobahn Indoor Speedway.

BRIDGES, founded in 1987, is a community-based, peer-driven, cross-disability, not-for-profit organization dedicated to advocacy and leadership on behalf of people with disabilities. BRIDGES is one of 41 Independent Living Centers (ILC) operating in New York State under the auspices of New York State Education Department (NYSED). Each ILC adheres to a national philosophy of Independent Living (IL) that seeks to empower individuals with disabilities to make autonomous decisions regarding all aspects of living and advocating to ensure equal access to opportunities desired.