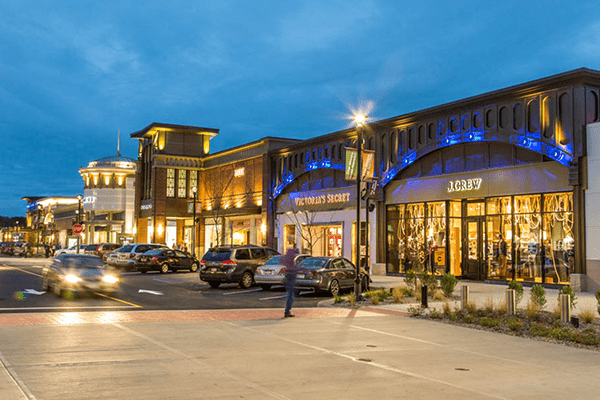 Simon’s The Shops At Nanuet Continues To Convulse From Pandemic

There are two more darkened chain stores in The Shops at Nanuet.

The Walking Company, which sells athletic footwear, has packed it in.

And Tutti Spa & Nails is closing on Monday.

“We have decided to migrate most of our operations online,” said a spokeswoman for The Walking Company, which has closed all its locations in the East but still has operations going on the West Coast. At one point, the chain, which sells comfort shoe technology, had more than 100 locations selling such brands as ABEO, Dansko, ECCO, Umberto Raffini, Taos, Tara M., Naot, J. Koda, Birkenstock, Keen, Beautifeel, Mephisto, Sofft, Earth, Born, Rockport, Olukai, Merrell, Asics, Rieker, Softwalk, Trotters, Zealand and more.

Tutti Spa & Nails, a chain with a strong presence in New Jersey, is wrapping up its final days.

Both brands are victims of the coronavirus pandemic, which has changed the way consumers shop and seek beauty treatments.

Cineworld Group, the owner of Regal Cinemas, closed its theaters in the United States and the United Kingdom last fall. This has been another blow to the Shops at Nanuet, where the Regal Cinema is a main attraction for the center.

The COVID-19 pandemic and lockdown put the nail in the coffin for Zinburger, an upscale burger joint that pairs wine with its artisan fare, according to several sources. Seventeen of the brand’s eighteen east coast locations have closed permanently. Eight of Zinburger’s eighteen locations are situated in Simon Property Group-owned developments

The pandemic has put many retailers to the test, though many big box and chain restaurants were struggling before COVID. Restaurants like P.F. Chang’s China Bistro are teetering with the restrictions of limited dining capacity and a public that is still reluctant to dine indoors.

Kitchen goods retailer Sur La Table, which filed for bankruptcy last years, closed its location at The Shops at Nanuet in June. Also gone is Victoria’s Secret, which is closing more than 50 stores to “right size” its operations.

In 2019, Fairway Market closed the Nanuet store as part of an internal assessment that occurred after changes in the shopping complex but a bright spot on the horizon for the mall is the plan for Stop & Shop at 32 South Middletown Road to take over the site.

The battered Simon Mall is also awaiting the long-delayed opening of At Home on the first floor of the former Macy’s building.

A weak spot for Simon is its dependence on The Gap, Inc., Simon’s largest U.S. tenant. The Gap’s store count has dropped from 412 stores to 354 stores (or down 14 percent) but still makes up 3.3 percent of Simon’s base minimum rent for U.S. properties.

Nevertheless, Simon Property Group Inc. recently completed its acquisition of an 80 percent ownership interest in The Taubman Realty Group Limited Partnership (TRG) for approximately $3.4 billion. Under the terms of the transaction, Simon, through its operating partnership, Simon Property Group L.P., acquired all of Taubman Centers Inc.’s (TCO) common stock for $43 per share in cash, and the Taubman family sold approximately one-third of its ownership interest at the transaction price and remains a 20 percent partner in TRG.