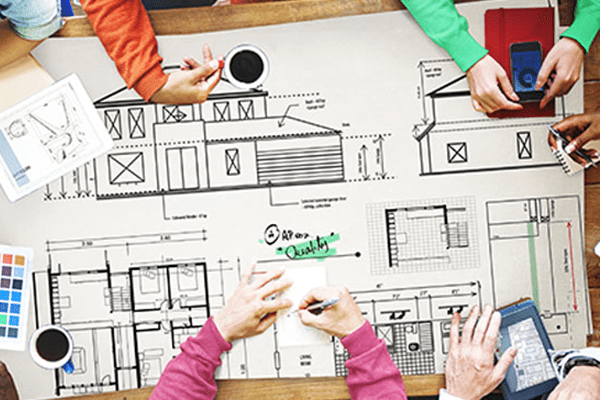 The Town of Clarkstown, as part of its new comprehensive plan, is considering zoning changes that would enable transferring development rights between properties.

Owners in the sending area are generally compensated for their redirected development rights. When both parcels are owned by the same party, a paper transfer occurs. Both types of transfers are recorded in the public records and alter the rights of future owners.

As Clarkstown contemplates changes to its Comprehensive Plan that enables the transfer of development rights, it should make certain that residents are fully informed, and that developers are included in the discussion as well as town and urban planners with experience establishing TDR programs.

Similar to conservation methods of preserving open space (where development rights are held in trust, or assigned to another entity), the commercial transfer of development rights is utilized to allow density where the zoning code might not otherwise permit it, offset by limits on development on other parcels that are either difficult or undesirable to develop.

A simple example would be two non-contiguous two-acre lots in an industrial zone, each with an FAR (floor area ratio) of .30, allowing buildings of about 25,000sf on each lot. The “receiving” developer wants to build a building of 35,000sf. The developer could seek a zoning variance, a zoning text amendment, or a special permit – each of which could take months to obtain and be subject to the discretion of various town boards. Or, it could simply acquire 10,000sf of FAR from the “sending” lot, enabling to build its 35,000sf building. The “sending” lot would only be left with 15,000sf of building rights, having sold off (or transferred) part of its development rights.

Depending on how Clarkstown writes its enabling legislation, the TDR can be either as-of-right or subject to board review.

Think about a building lot in an industrial zone that sits adjacent to a nearby residential zone of single- family houses. That lot would be ripe for transferring or sending its development rights to a parcel elsewhere in the industrial zone that sits further from nearby residences. That “receiving” lot would be able to build in excess of the local zoning bulk tables, while the “sending” lot could become a barrier or buffer between the heavier industrial area and the residential neighbors.

The sending lot has the transfer of its development rights recorded in the public records so that any future buyer, developer, or lender is on notice of the limits on building on that lot, despite its location in an industrial zone. The receiving lot similarly records its acquisition of development rights.

Transferable rights could include FAR, building height (within limits) or other factors on the bulk tables.

The enabling legislation must be carefully crafted to avoid unintended consequences. One unintended consequence could be overdevelopment in areas where development is intended to be limited. For example, an industrial zone should have “sending” areas and “receiving” areas so that added density does not occur in areas sought to be limited or protected. The receiving areas should also have the infrastructure in place to facilitate the extra development.

The enabling legislation should also require certification from a developer that it was unable to obtain development rights from nearby parcels as a prerequisite to seeing a zoning variance, special permit, or zoning text amendment. The availability of variances and special permits will limit the market for TDRs as it is less expensive to seek a variance or special permit than purchase a neighbor’s development rights.

Clarkstown Must Consider Impact On Taxes

There should also be some clarity in how the transfer of development rights affects the assessed value of each parcel involved and an awareness by Clarkstown as to whether or not the transfer will negatively impact tax collections. For example, the loss of some development rights will likely reduce the value of the sending parcel, but will it be offset by an adequate increase in the assessed value of the receiving parcel such that there is no net loss of tax revenue?

And, there must be consideration for property owners who have already built out their lots but did not utilize all of their development rights. Can those rights be sold, and if so, should it affect a lot’s assessed value? How will those rights be valued if they were not originally utilized? Can the sale of unused development rights be a source of capital for underdeveloped lots that could provide a cash infusion for local business investment?

And, of course, what about receiving area neighbors?

Residents Should Be Part Of The Conversation

The greatest challenge in designing a successful TDR program lies in identifying suitable receiving areas. Local opposition usually comes from residents adjoining potential receiving areas. Residents believe (rightly or wrongly) that TDRs result in more new development than would or should have otherwise occurred. Residents fear that increased development will worsen traffic, reduce property values, or diminish quality of life. This is especially true in the transfer of residential development rights.

Do More Than Offer Rent Abatement To Hold Onto Tenants

The Pandemic Clause – What’s In Your Lease?