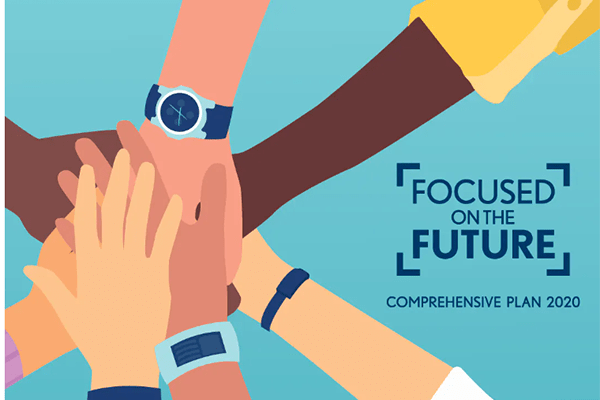 With the update of its decade-old “comprehensive plan,” Clarkstown is hoping to make the town more inviting to businesses through land-use decisions.

Among its top goals, the plan calls for making “zoning changes to create and expand commercial and industrial development,” in parts of the town with existing infrastructure, and in zones that do not conflict with residential enclaves. The report is not specific, however, town officials concede that the decline in retail, along with pandemic’s shift in retail, warehousing, office buildings and other uses, creates an inflection point for how the town’s properties are best utilized.

Most significantly, the town’s new economic goals include new zoning designations to permit housing in underutilized retail areas, as well as re-using and repurposing vacant or empty commercial spaces. The town has its eye on trying to attract commercial uses including data centers, biotechnology, film production, satellite offices, to name a few.

One of the most important proposals is the implementation of a transfer of development rights program, which means transferring the bulk requirements from one property to another, usually in the same zone. For example, let’s say a property owner has a 100,000 square-foot parcel with an FAR (floor-area-ratio) of .3, which means it can build a 30,000 square-foot building. A nearby parcel can sell or transfer its FAR development rights to the first owner to enable it to expand or develop a building that would larger and not otherwise allowed under the limitations of the existing code. The parcels need not be contiguous, and need not have the same ownership.

Outlining its business goals, the plan calls for taking an inventory of the town’s commercial entities and compiling them into a database. Also, the town hopes to “enhance” its communication between town departments and businesses, and to forge bonds between businesses and educational institutions.

The town also says it’s important to beautify commercial centers, which it views as an incentive for attracting both business and new residents. The Supervisor mentioned how the pandemic crisis has been driving new residents from urban centers to the town and the county.

Supervisor George Hoehmann and Town Planner Joe Simoes held a fourth informational telephonic meeting on the proposed updates to the 2009 comprehensive plan, an aspirational roadmap for the town’s future development and conservation.

The document broadly but also specifically offers objectives for economic development, environmental issues, housing, historic preservation and for the first time, a new category defined as “Sustainability and Resiliency.”

The document also contemplates allowing apartments over business establishments in the town’s hamlets. The plan also calls for development a broad variety of housing units for seniors at all income levels, lifestyles and levels of care.

It proposes creating an inventory of institutions situated in residential districts to allow the Town to obtain rights of first refusal to acquire any property that may be up for sale.

The nearly three-hour meeting Wednesday attracted up to 3,000 callers. Residents have until the year end to submit questions or comments. A draft comprehensive plan is expected to be presented to the Town Council by spring 2021, at which time more public comments will be invited.