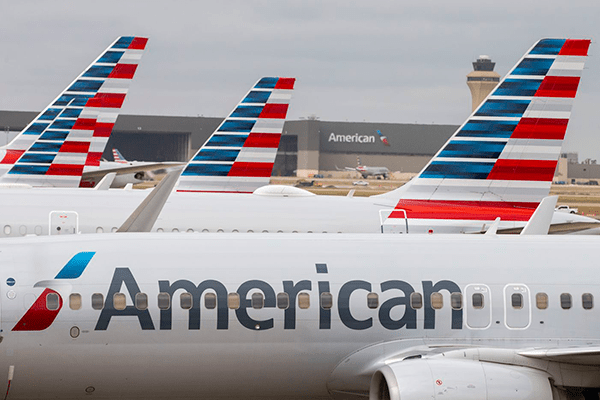 U.S. Carriers’ Thanksgiving-Week Capacity Down Nearly 40 percent From Year Ago

American Airlines has decided to yank flights from Stewart International Airport in New Windsor in Orange County for good.

The company was evaluating services based on supply and demand and determined that offering flights in at Stewart was no longer financially viable in the long-term, according to an airline spokesman.

American suspended its services at Stewart in the fall as part of a temporary pause, which was originally scheduled to run from October 7 to at least November 3.

In October, RCBJ reported JetBlue Airways and Delta had suspended operations at New York Stewart International Airport indefinitely as the coronavirus tamped down the desire to travel and airline revenue has plummeted.

JetBlue Airways, Stewart’s most popular airline, had suspended flights in April to reduce costs but says it has still not determined a reopening date. It has suspended services at seven airports. The airline is planning to resume flights to five of the seven airports, with service to Stewart and Worcester Regional Airport in Massachusetts placed on an indefinite suspension.

In October, the airline suspended service to 15 markets, citing “low demand” and the expiration of requirements under the Coronavirus Aid, Relief and Economic Security Act.

“These flights were initially suspended in October as we waited for PSP support, but are not financially viable routes for the foreseeable future; thus, we have made the difficult decision to cancel service to these markets indefinitely,” the company said. “We thank the team members who served our customers and will work closely with them during this transition,” said Brian Metham, the senior specialist of global communications for American Airlines in a statement Friday.

The pull out from the popular airline is expected to be a serious blow to Stewart International, which has already seen a massive drop in business since the start of the pandemic.

U.S. airline employment will soon fall to the lowest level since the mid-1980s, the result of the pandemic’s devastating impact on the sector.

Airlines are expected to cut 90,000 jobs by year-end, including more than 30,000 furloughs at airlines like United and American that began last month and the departure of thousands of other workers who accepted buyouts from Southwest, Delta and other carriers.

The airlines and their employees’ labor unions have repeatedly urged Congress for a second $25 billion federal aid package to preserve jobs but Democrats and Republicans haven’t reached an agreement on a new national coronavirus stimulus package or for aid solely for the battered sector.

Demand for air travel has begun to recover from more than five-decade lows hit in April, early in the pandemic, but it remains a fraction of last year’s levels, and there is concern over dire predictions for a worsening pandemic crisis this winter.

Airlines for America, a trade group, said U.S. carriers’ Thanksgiving-week capacity was down nearly 40 percent from a year ago.