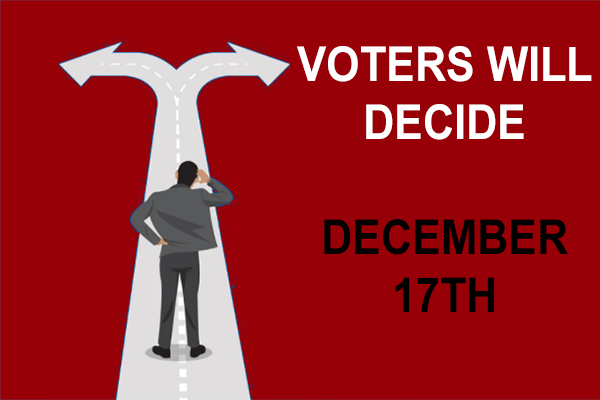 Services Would Remain The Same; Village Government Would Fold

Residents of the Village of South Nyack on Dec. 17th deciding whether to dissolve the Village government and incorporate into the Town of Orangetown now have a roadmap.

CGR of Rochester, hired last month by the Board of Trustees for $18,000, has released its report. The initiative grew out of concern over the purchase of Nyack College though proponents say the movement is focused on government costs and reducing property taxes.

Among its findings if the village were to dissolve, taxes would decline for Villagers, residents would receive the same services, and the village government would be disbanded.

This would result in a projected property tax reduction for every property owner in South Nyack. There would be an annual savings of about $1,440 for a home assessed at $200,000 (approximate $480,000 market value). However, some of the savings may be offset as residents of South Nyack would then be responsible for the cost of their trash pickup. CGR estimates garbage service would cost $360 per year, per household. For a non-homestead property assessed at $200,000, the reduction would be about $500.  (The actual savings could be impacted by the final dissolution plan and the use of additional state aid.)

Many services provided to the residents of South Nyack will remain unchanged regardless of the outcome of dissolution, according to the report. There will be no change in the school district, fire protection, emergency medical services, library, postal delivery, water, sewer or utilities. Village residents will still receive the Town, County and State services. However, services provided primarily by the Village will change in how they are delivered, including: police, public works, justice court, planning, zoning, building inspection and administrative services.

The Town of Orangetown would need to add about $1.3 million in additional expenses for additional police officers, building personnel, highway staff and administrative support. Those costs would be shared with every property in the Town Outside Villages (TOV), not just the former South Nyack.

A property in South Nyack would no longer need to pay the $17.68 per thousand in Village tax, but they would need to pay TOV taxes for Police, Highway and Other Services. Those newly levied taxes are estimated at $9.40 per thousand for homestead properties. The total local services tax rate for a property in South Nyack would be $22.42 for homestead and $28.45 for non-homestead.

Orangetown would benefit from some taxes previously collected by the Village, including franchise fees on cable service providers and the Village’s share of sales taxes. Rockland County distributes sales tax to each municipality based on population. After dissolution, the Town would receive the share for South Nyack which was budgeted at about $45,000 in 2020. The actual amount received in 2019 was $79,256.

The town’s aid from the state will increase upon dissolution based on the increase of population for the TOV area.

Regarding its physical assets and buildings, including Franklin Street Park, the Village would have the choice to either transfer these to the town or sell them off to retire outstanding debt of $975,000. If the debt is not retired, Village properties would continue to be assessed for the next several years until Village residents pay off the debt.

The village maintains health benefits for a dozen former employees as part of long standing practice for general village employees (3 retirees and 1 survivor) and as part of contractual obligations for the retired police officers (8 retirees). In calendar year 2020, the Village will spend about $210,000 on these benefits. Dissolution law does not obligate the town to continue these benefits after dissolution. There are three potential paths. The benefits could stop when the Village dissolves. The Town could continue to provide the benefits, as they currently do for their retired employees and levy the cost on the former Village. Or the Village could make a lump sum payment to the individuals as part of a dissolution plan. The village would need to work with the town as part of a dissolution plan to formalize this process.

Earlier this month, Nyack College was given the green light to move forward on its sale to Yeshivath Viznitz D K Hal Torath Chaim Inc., a Hasidic congregation. The congregation plans to operate as a religious school for 250 college students, 250 high school aged students, plus an unspecified number of faculty, staff and family members to live on campus.

It remains unclear as to whether the Viznitz community, or developers previously associated with the application, intend to develop the campus or sell off portions of it. If the Village is dissolved, Orangetown would oversee the village’s land-use decisions. However, existing zoning codes would remain in effect for two years from the date of dissolution.

Nyack College must notify the Charities Bureau when the transaction closes, if it has been abandoned, or if it is still pending 90 days from the court’s order.

The sale of the Nyack College property evokes worries among some residents who fear the Nyack School District could mirror that of the East Ramapo School District: they cite concern about a future voting bloc that elects constituents to school boards and devastates education programs. Some residents support state legislation allowing ward voting for the school board. Those against dissolution say proponents are spreading fear and stoking anti-Semitic sentiment.

CRG has set up a website called The Future of the Village of South Nyack.

“CGR is deeply familiar with the study process required by the Citizen’s Reorganization Empowerment Grant, the data and analysis required, as well as the necessary community engagement,” the website says. “Throughout the process, residents will be asked to provide feedback via the project website and at public meetings during the study process.” Residents can submit questions online.

If voters approve the referendum, the Board of Trustees has up to 210 days to develop and approve a dissolution plan. There’s an escape clause if a second vote is held.

If dissolution is voted down, a four-year moratorium on a second attempt remains in place.

The Village has scheduled another CGR workshop on the dissolution impact report for Dec. 3.