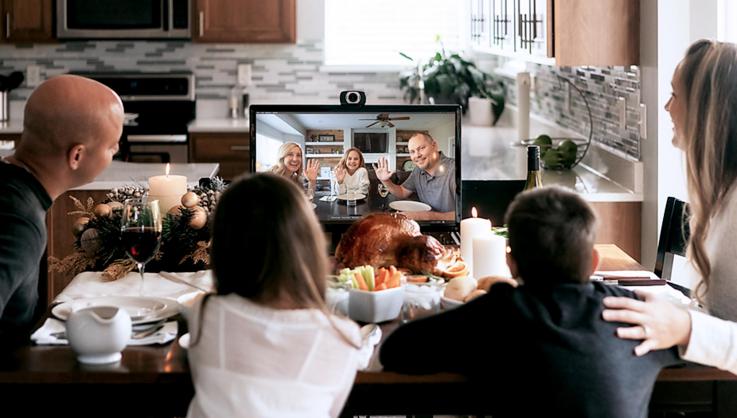 What New Yorkers Are Thinking About Holiday Season

Fifty-nine percent of New Yorkers, down from 71 percent a year ago, are somewhat or very excited about the upcoming holiday season according to a new statewide survey of consumers released today by the Siena College Research Institute (SCRI).

“Over a quarter of New Yorkers are coming into the holiday season saying that no matter how hard they try, the pandemic will take the joy out of the holidays,” according to SCRI Director, Don Levy. “But over two thirds just won’t let the virus be the Grinch that steals the season this year.”

Thirty-eight percent will conduct at least three-quarters of their holiday spending online this year, double last year’s 19 percent. “While most New Yorkers are planning to either spend less or hold the line on spending, one in ten are ready for a holiday spending spree as one-third are ready to spend $1000 or more, a figure we haven’t seen since 2007.

Only 23 percent plan to shop locally on Black Friday or Small Business Saturday but nearly half will be shopping online on Cyber Monday this year. We’ve seen online spending grow dramatically since 2008 but today with 19 percent doing at least half of their shopping online and another 38 percent doing 75 percent or more, we’ve hit a new all time high,” Levy said.

“For most, Thanksgiving looks to be different this year. Fewer than half are planning to have uncles, aunts and cousins over and only one in seven plans to travel to family meals on what has historically been one of the top travel days of the year. And as so many of us have gotten used to connecting at work or with friends via online platforms, 40 percent of New Yorkers will include a Zoom song, toast or laugh with those loved ones that are usually around the same table,” Levy said.

Only 14 percent will attend holiday parties during the rest of the holiday season while 19 percent plan to host holiday gatherings this year. Sixty-four percent say that they are comfortable attending a small holiday party in a home that includes no more than 10 people, but only 10 percent are comfortable attending a party at a friend’s home where over the course of the evening more than 50 people drop in. Half of New Yorkers say that they are comfortable going to an outdoor event at which people celebrate the holidays. Only 16 percent would be comfortable going to a work party with over 25 people and 26 percent would attend a gathering at a restaurant at which everyone is seated for the entire event.

“Sixty-seven percent, down from at least 70 percent each of the last nine years, plan to put up a Christmas Tree in their home.

Similar to the last two years, but down about 10 points from the previous 10 years, two thirds of New Yorkers will be making charitable donations and only 23 percent, the lowest we’ve seen in 13 years, will be volunteering any of their time this holiday,” Levy said.