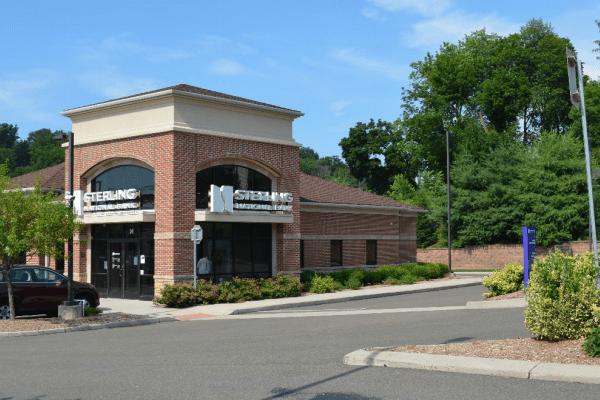 The Sterling National Bank building on Route 9W in Nyack has been sold to a developer who plans to replace the bank with a new commercial tenant.

James Nazzaro of JJ Nazzaro Associates LTD in Long Island bought the building for $1.62 million, nearly half of the listed ask price of $3 million. The bank building had been listed for sale for at least 18 months.

“We’re seeing more and more banking going online,” said a broker who was involved with the deal. “Fewer people are visiting bank branches.”

Countywide, bank buildings have been vacated and are being marketed for new uses. For example, the former Chase Bank building in Sparkill was recently purchased by an investor and is being marketed by Houlihan Lawrence Commercial as a “Beautiful turn-of-the-century Bank Architecture” building that’s perfect for office, restaurant, and retail use.

Banks including the former Chase building on Route 9W in Haverstraw, the former Chase on Congers Road in New City, and Marine Midland Bank in Stony Point are either up for sale, lease or awaiting new uses.

The West Nyack Chase branch will be closing later this year, according to a source. A former HSBC bank building in Tappan abutting the New Jersey border has been available for sale or lease for several years.

The physical bank branch has been on the decline for many years, and more digital adoption by bank customers provide a financial incentive for banks to close branches. Banks are reporting that most transactions, even loans, are taking place through websites or apps. The shift to digital banking sped up during the COVID-19 pandemic and appears on track to continue. One study shows three-quarters of American adults don’t use brick-and-mortar branches anymore. Large numbers of mergers among banks has also winnowed down the need for retail branches.

U.S. bank branches have been closing at the rate of more than three a day for the last 10 years, according to the Federal Deposit Insurance Corp. Teller transactions are down between 30 to 40 percent. Americans have been banking by phone at accelerating rates for 15 years or more. But an even steeper slowdown in walk-ins is hitting just as banks face record-low interest rates and higher loan losses, increasing cost-cutting pressures.

Analysts predict another 20% to 30% of branch consolidation is in the cards — some 12,000 bank branches have shut across the country over the last decade.

Nazzaro Associates, which once built homes but now does commercial development, told RCBJ it plans to save the existing building and architecture. The bank building has a safe and a drive-thru. A spokesperson at the company said it was too soon to “predict what tenants will be there.” However, according to Nyack Village officials, several months ago Nazzaro presented a plan to turn the bank building into a 7 Eleven and a gas station. The bank building’s two lots straddles two zoning designations: Commercial Corridor, or “CC” and Residential Mixed Use, “RMU.” The front portion sits in CC, while the rear part of the lot is RMU. Banks are permitted in the RMU with a special permit.

While gas stations are permitted in the CC zone, they would require a variance in RMU. A convenience store or other retail use would be permissible in either zone, so long as it does not exceed 5,000 square-feet of space.

Convenience stores/gas stations make sense for that location,  according to Adam Ifshin, CEO of DLC Management Corp., who represented Sterling National Bank in the deal.

“The location is one block to the Thruway and catty-corner to a large regional hospital, ” said Ifshin, adding that companies such as 7 Eleven, WAWA and Royal Farms are all expanding their footprints and looking to replace or compete with older gas station/convenience store tenants.

For many years, restaurants and hoteliers have sought bank buildings for re-adaptive use — coveting great bones, vaulted ceilings, and sometimes even finding ways to creatively re-use massive vaults. With the pandemic putting a greater strain on the food, beverage and hospitality industries, bank buildings are increasingly being eyed by tenants looking for drive-thrus.