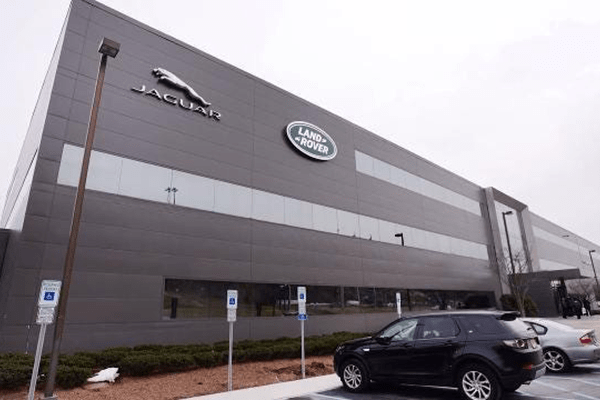 A financial entity that bought a swath of land in January from Eklecco LLC, the company that owns the Palisades Center, hopes to site a Jaguar Land Rover car dealership in West Nyack. But the plan is snaking through early approval processes because a portion of the mostly vacant land off Route 59 is situated in a flood plain.

The proposal, which has been brought to Clarkstown’s TAC (Technical Advisory Committee) three times since February, is seeking permission to build a 31,991-square-foot building with 171 parking spots.

The site’s zoning allows for car dealerships, but a portion of the land in the plan that’s designated for parking cars is in a flood plain. The applicant will need a special permit from the Town of Clarkstown Planning Board to approve its project. That part of Route 59 is known for flooding.

DTF Holdings LLC is a consulting firm that provides advice on retail and sales matter including product mix, merchandise placement, and pricing selection.

The coronavirus pandemic has not been kind to most industries, including the auto industry, reports CBT Automotive Network. According to Cox Automotive, the Kelley Blue Book Brand Watch™ reported that for Q2 2020, luxury vehicle sales dropped 35 percent and hit their lowest level in the past two years.

The past couple of years had already seen a decline in luxury sales, with just 34 percent of consumers considering such a purchase (down from 39 percent in Q3 2018). But the forecasts for the future are positive.

Luxury vehicle sales are expected to recover, analysts say.  Luxury brands were especially vulnerable to pandemic-related consumer reluctance in New York City and Los Angeles, the two most significant markets for luxury brands. But these two states are out front on the pandemic recovery, giving dealerships reason to feel hopeful.

In March, auto sales plummeted; auto supply chain issues surfaced. Consumer behavior changed when the lockdowns lifted. And then in August, the U.S. Labor Department reported a 5.4 percent increase in the prices of used cars.

The risk of infection has made ride-sharing apps, public transportation, and commercial airlines less appealing, and car dealerships are taking notice.

In March, the U.S. Federal Reserve, the nation’s central bank, cut interest rates to 0-0.25 percent from 1-1.25 percent as part of the effort to spur investment and boost consumer spending. The auto industry followed with seven-year, zero-percent financing on new cars, and that has drawn buyers to showrooms despite continued economic uncertainty.

Sales have rebounded strongly since spring, when the economy shut down as part of the effort to limit spread of the virus. April’s sales were down 53 percent from 2019 and the lowest since the 2008 recession caused by the collapse of the subprime housing market. At that pace, 2020’s sales of new cars and light trucks were expected to total about 7.5 million.

They aren’t expected to reach pre-pandemic levels until 2023 or 2024 but October’s auto sales are expected to increase for the sixth month in a row since April’s historic low. The seasonally adjusted annual sales rate is expected to be about 16.4 million units, up from September’s 16.3 million, but below last year’s level of 16.8 million.

JLR expects to be profitable into the second half of the financial year that ends in March 2021 backed by a cost-reduction plan, new model launches and sales in China, even as its outlook remains uncertain due to the Covid-19 pandemic, the luxury marque said in a statement.