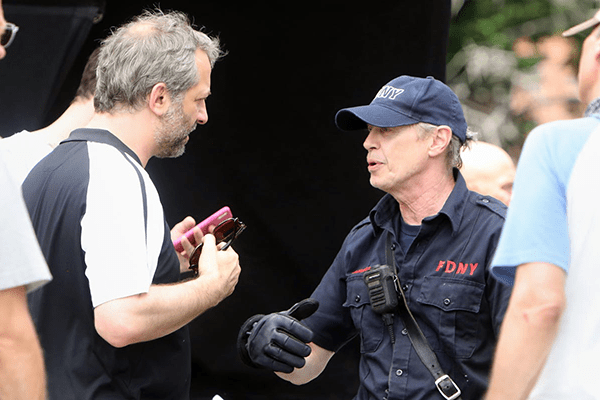 FBI agents are expected to show up at HNA Palisades Center next week – but don’t panic. They’re from FBI Most Wanted, one of the film crews returning to Rockland since New York state eased restrictions in July.

HNA, which has not reopened its hotel and conference center since the pandemic shutdown, is hosting Raymond James and FBI Most Wanted through Oct. 19th, adding about $9,000 to Orangetown’s coffers. Film shoots are also being scheduled at the IRG Center in Pearl River, in Palisades, and in One Corp. Drive in Orangeburg.

This year, the town is on track to bring in less than half of the $320,000 it raked in on film production in 2019. “We’re expecting about 50 percent of last year’s revenue, so long as we don’t get shut down again.”

Most of the film shoots since the shutdown have taken place outdoors or in contained areas like HNA.

“Contained sites like the former Pfizer campus (IRG), and HNA work best for CDC guidelines because they are outdoors, people can social distance, and the crews do not interfere with the public,” said Reilly.

Reilly also said she’s seen shorter film shoots since the comeback – one to two days rather than a week or more. And there is more commercial filming rather than television shows and movies.

Prior to the pandemic shutdown, filming was booming in the lower Hudson Valley. More than half of all productions outside of New York City were on location in the Hudson Valley.

The mid-Hudson had a banner year for film production in 2019.

In his state of the county address in Feb., County Executive Ed Day said in 2019, filming on county property brought in $160,000 in revenue. In less than two months of 2020, filming-related revenue was $181,500, surpassing revenue from the previous year.

In 2020, the county’s film revenue has doubled from 2019, generating over $250,000 to date with an additional $150,000 projected for two productions scheduled for the fall,” said the county’s spokesperson John Lyon. “Based upon these figures, Rockland expects to triple its (film) revenue by the end of the year.”

Rockland’s major industry benefits include its film buffer zone located within 25 miles of Columbus Circle in New York City, and the NYS film tax credit of 30 percent. The film buffer zone is a boundary set by several NYC based worker’s unions, guilds, and organizations chapters defining the area(s) in which they will work locally.

“There is a high level of interest from New York City-based production companies to film in Rockland according the number of inquiries we have received from scouts and location directors,” said Rockland County Economic Development and Tourism Director, Jeremy Schulman. “The combination of the county’s desirable location assets such as hospital, laboratory and prison space considered a “gold standard” in the industry, plus our department’s excellent rapport in the industry, has brought filming back stronger than ever.”

In 2019, Clarkstown collected $133,988 connected to filming activities, $34,500 in permitting fees and $99,488 for police reimbursements. To date, film-related revenue for 2020 had dropped to $59,175 through September, but the town expects activity to tick up through the remainder of the year.

“My staff has had meetings with three film scouts alone this week and there has been a noticeable interest in renting a few of our facilities in town,” said Supervisor George Hoehmann.

To keep production crews safe, production companies must submit safety plans to the county before filming that follow NY Forward guidelines and protocols, which can be found at Soundstage Directory on Empire State Development’s website: https://esd.ny.gov/soundstage-directory.