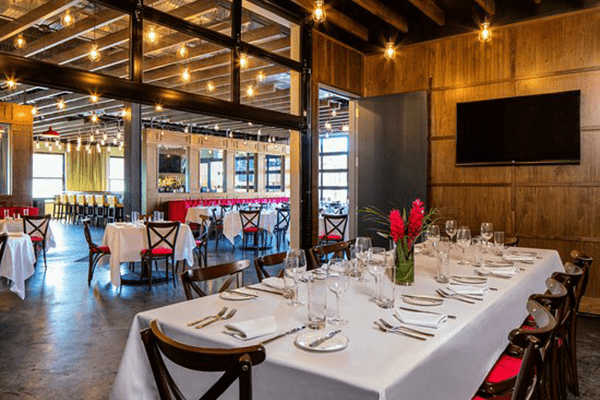 Bobby Van’s Steakhouse (BVs Grill), the celebrity-named steak and seafood restaurant at The Time Hotel in Nyack, has cooked its last meal.

The fining dining establishment, owned and operated by restaurateur Joseph Smith, has fallen victim to the coronavirus pandemic, though it was struggling prior to that while the Time Hotel cycled through bankruptcy and new ownership last year.

“The new owners wanted to go in one direction but our strength was high-end fine food, banquets, strong drink,” said Smith, referring to the turnover of the Time Hotel’s ownership in 2019. “This was not for us. We met some really nice people. It’s a little bit sad.”

COVID-19 has hit all businesses hard, but few have been as pummeled as the restaurant industry. According to Business Insider, 70 percent of all restaurants are independently owned. The same article cites an Independent Restaurant Coalition prediction that up to 85 percent of independently-owned establishments will permanently shutter their doors by the end of 2020.

Under Gov. Andrew Cuomo’s staged opening of the lockdown, restaurants were allowed to resume indoor dining at 50 percent capacity with socially distanced tables. Bobby Van’s tried to remain open as an essential service at first but did not find the demand. Tourism has sagged this summer as Americans have stayed home or curtailed travel. Bobby Van’s had, to some degree, tied its fortunes to The Time Hotel, though the restaurant also attracted a regional restaurant goer.

The Time Nyack Hotel was home to BV’s Grill from the beginning, offering hotel guests and locals dining options for breakfast, lunch, dinner, and weekend brunch.   The restaurant also acted as the hotel’s catering company for large scale events, weddings, and conferences.

In March 2019, a U.S. Bankruptcy Court judge approved the $18.5 million sale of the The Time Hotel of Nyack to Juniper Time LLC, a company affiliated with IMH Financial Corporation. Judge Robert D. Drain in court dismissed objections from two debtors, ZSC Nyack Fund LLC and Nyack Hotel Fund LLC, which argued that the $18.5 million sale was not a fair value for the hotel, a 133-room boutique property.

The sale of the hotel had stipulated that the entire property belongs to Juniper, and the new owner was free to do what it wants with BV’s Grill. Juniper was not obligated to assume or continue any existing contracts or unexpired leases, according to the court document. Insiders told RCBJ that Smith maintained a month-to-month contract with the hotel.

Though Bobby Van’s is closing its Nyack location, it is reopening its locations in New York City, The Hadley in Philadelphia, and BV’s Grill and Bobby Van’s in Washington D.C.