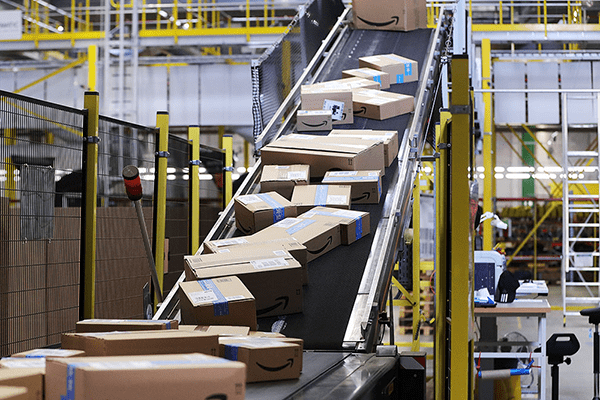 E-Commerce Drives Need For Warehousing; May Be A Good Solution For Vacant Retail Space

Simon Property Group, the country’s largest mall owner, is reportedly in talks with Amazon to turn some of the vacant anchor stores in its properties into fulfillment centers for the e-commerce giant. It is unclear whether large empty spaces at the Shops of Nanuet, which Simon owns, or the top floor of Macy’s in Nanuet, would be a contender for such a use.

Re-imagining how to fill empty space in malls like The Shops at Nanuet and The Palisades Center began prior to the virus strangling the economy. Mall developers looking for the next chapter of prosperity have been converting vacant space into entertainment, hotels, housing and convention space – recognizing that the glut of retail and restaurants was becoming unsustainable. The pandemic has thrown a wet blanket on the entertainment industry for now.

The new hot concept is warehousing and fulfillment centers, particularly for behemoth’s like Amazon, which have become even more muscular during the pandemic. Amazon Logistics plans to open delivery station facilities at Hudson Crossing Industrial Park in Blauvelt this fall to power its “last-mile capabilities to speed up deliveries for customers in Rockland County.” Amazon fulfillment centers send packages to delivery stations, where they are sorted and then loaded into vehicles for delivery directly to customers.

On a recent earnings call Simon CEO David Simon declined to address the Amazon rumors but said the “shift to industrial in malls” would be a good thing for mall owners.

“Generally, I’d say, the important thing going on that we’re seeing is that more and more retailers are distributing their e-commerce orders from their stores,” Simon said on the call. “They’re fulfilling from their stores and also curbside pickup, or all sorts of fulfillment options are available. That’s a good trend long-term for us.”

In May, e-commerce sales around the country were up by nearly 93 percent, with people spending more than $53 billion online in April and May, and made up 22 percent of all retail sales, doubling last year’s 11 percent, a report from Mastercard found.

Projections have e-commerce sales slated to grow by 18 percent in 2020, while other retail sales are set to decline, Retail Dive reported.

Amazon intends to grow its “network square footage” — the space taken up by its fulfillment centers, grocery stores, offices, and other physical space — by 50 percent this year. The strategy allow Amazon to plant fulfillment centers closer to some of its customers and speed delivery times. It would also serve as a way for Simon to fill empty blocks of space, especially as dozens of retailers filed for bankruptcy during the pandemic and many did not pay rent.

“We’ve seen a very, very rapid increase in demand from e-commerce companies and their consumers,” said Ben Jones, founder and CEO of Ohi, which turns empty retail stores and office space into micro-warehouses for direct-to-consumer brands. “Everyone’s woken up to the fact that micro-warehousing is the future of commerce.”

Nevertheless, it would be a seismic shift in the way malls have operated for years. Anchor stores usually drive foot traffic to shopping centers, including to other smaller stores in the properties, something an Amazon warehouse is unlikely to do.

The pandemic has given the Shops at Nanuet a black eye – emptying stores such as Victoria’s Secret, Jos. A. Bank and Sur La Table – through attrition due to the ailing state of retail began prior to the coronavirus shutdown. Unpaid rents, abatements and retailer [bankruptcies] hurt 2Q earnings. Analysts estimate the average base rent per square foot has dropped 5.9 percent while leased space has declined by 100 basis points to 93.8 percent as major retailers close hundreds of stores either or out of bankruptcy.

Overall, Simon took a $215 million hit during the quarter from rent abatements and write-offs on bankrupt retailers, according to a Seeking Alpha transcript. Nevertheless, the company managed to post positive income (to the tune of $254.2 million) in Q2.

Much of the trouble across the market stems directly from the spring store and mall closures. With the largest sales channel closed off to legacy retailers, they did everything they could to raise and preserve cash. They spread the pain to employees, vendors, investors and landlords.

“As you might imagine we’re in active negotiations with all of our retailers,” Simon told analysts this week. He added that the company has amended more than 9,000 leases.

While attracting warehouse tenants may be a good strategy for signing leases, it does raise the issue of how current and prospective retail tenants will negotiate or renegotiate leases, arguing warehouses reduce foot traffic. Some have said that warehouse takeover of giant blocks of retail space could tamp down people’s desire to shop.

Another potential problem about allowing in industrial users is that they tend to pay less rent than retailers. Industrial rents are typically below $10 per square feet while department stores can range from $4 a square foot to $19 a square foot in some malls. Restaurant deals can be much higher than both. And it could make existing retailers less thrilled about paying such high prices for rent without an anchor to drive people in.

But mall owners are asking themselves “Is it better to have shuttered spaces or a tenant in place?”