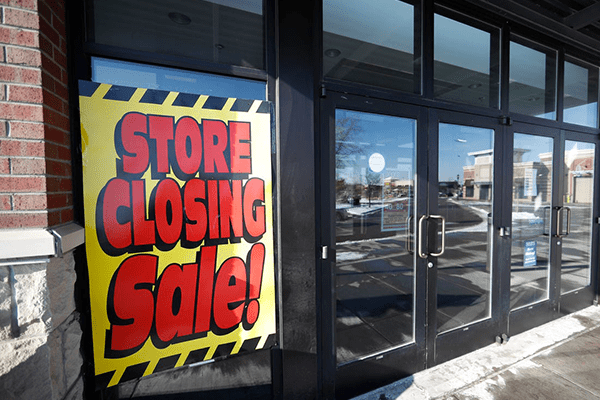 Nanuet, a shopping mecca, began experiencing a retail crisis at least a year before the coronavirus pandemic. But shutdowns, slow openings, and a teetering economy reveal the extent of the weakness and uncertainty going forward. Here’s the short list of retailers to watch.

Nanuet said goodbye to Macy’s, Sears, Toys R Us, and a host of big boxes including Pier 1, Destination Maternity, A.C. Moore, Jos A. Bank, Office Depot, GNC, Victoria’s Secret, and Express. Nanuet also lost the Fairway Market, which closed before the pandemic. Ironically because supermarkets, along with drug stores and other essential retailers, have been thriving.

Both Sur La Table and Modell’s have already announced closures.

Tailored Brands, which owns the Men’s Warehouse, Jos. A Bank, Moores and K&G clothing, has said it will shut up to 500 of its 1,400 stores in the U.S. and Canada.

Nationwide, a record 9,500 stores went out of business in 2019, which seemed massive — but as many as 25,000 could shut down permanently in 2020, mostly in malls, says the latest estimate from Coresight Research.

A list of vulnerable retailers published in MoneyWise Digest shows how vulnerable Nanuet remains while business struggles to return to “normal”.

Here are the major retailers with a presence in Nanuet that are permanently closing the most stores in 2020.

Prior to the pandemic, Bed Bath & Beyond, which has already closed its Palisades Center location, planned to turn 40 of its stores into empty big boxes by March 2020. Another 20 stores were marked for closure from the other chains BB&B owns, including buybuy BABY and Cost Plus World Market. In early July, after the business took a serious hit from COVID-19 shutdowns, the company announced plans to close around 200 more stores over the next two years. That’s out of nearly 1,500 stores total.

GameStop is picking off store locations that it believes are too close to one another and aren’t helping sales. That was after the world’s largest video game retailer announced that sales at its more established stores were down 19.4 percent last year. In recent months GameStop found itself in the midst of controversy when it insisted its stores were “essential” and kept them open during coronavirus lockdowns longer than other chains. Then, the stores allowed customers to pick up online orders at the door, but employees said they didn’t have adequate protection.

AT&T closing 250 of its retail locations, including both AT&T Stores and Cricket Wireless shops. The closures come less than two years after AT&T announced plans to open more than 1,000 new stores. At that time, the company had more than 5,300 locations.

Chico’s specializes in sophisticated clothing, accessories and intimates for woman, and operates the the Soma and White House Black Market stores — was founded in 1983 by a husband and wife team and named after a friend’s parrot. It grew rapidly to more than 1,400 locations in the U.S. and Canada. Now, the chain is shifting gears away from traditional stores, which spells the end for 250 U.S. locations by early 2022.

The clothing retailer is on its way to closing around half of its stores through early 2021. The company made that decision following a not-so-merry 2018 holiday season that saw Gap’s sales decline 5%. Robert Fisher, currently Gap’s interim CEO, says the closures will breathe new life into the 50-year-old brand. Not only that, but remaining stores will be reduced in size. In late January 2020, Gap announced that it had so far closed 89 stores — including 56 in the U.S. — toward its goal of closing about 230 by February of next year.

You’d think that a chain selling soaps and hand sanitizers would have it made during the coronavirus pandemic, but Bath & Body Works is closing 50 of its locations, primarily in malls. CEO Andrew Meslow told analysts on a conference call in May that the mall stores “may not come back to their pre-crisis levels of productivity.”