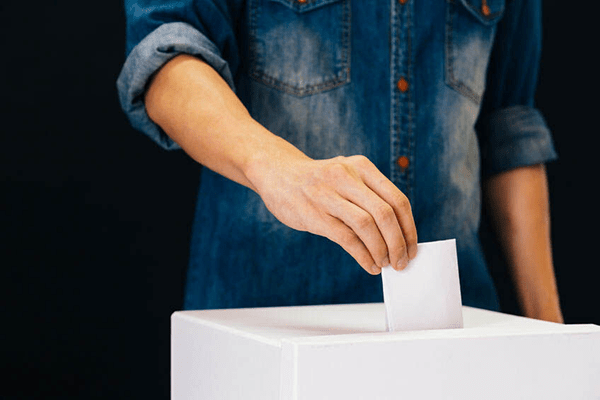 Council Decided Referendum Question Should NOT Include Town’s Support

The voters will decide!

The Clarkstown town board on Thursday voted unanimously to add a referendum question to the Nov. 3rd general election asking voters whether or not they want to lift a restriction that prohibits the Palisades Center from building out and leasing existing but an unused 240,000-square-foot section on the mall’s fourth floor.

All five council members at a video teleconference expressed support for holding a referendum but Councilman Frank Borelli solely objected to the original phrasing of the question, which included the town’s endorsement to lift the so-called “restrictive covenant.”

“I don’t agree with the wording,” Borelli said. “It’s not crystal clear.”

What had been crystal clear was that the wording for the referendum question was formulated to tell voters the town council believed it was time after 22 years to lift the covenant. It has read: “Do you agree with the Clarkstown Town Board resolution, subject to the vote of the people, to lift the restrictive covenant, which currently limits the Palisades Center mall to 1.854 million square feet of gross leaseable space?”

Borelli said he wanted all mention of the town or its support wiped from the question.

In response, Councilman Don Franchino, whose Ward Three includes the Palisades Center, and who has been championing this referendum for two years, hoped the council would show voters their support to free the mall from the restrictive covenant. All five council members on Thursday expressed support to move forward with the vote and each said that allowing the mall to expand was prudent in light of the economic devastation brought on by a declining retail industry, and more recently, the bankruptcies and closures due to the coronavirus pandemic.

“The public must understand the town board is backing this,” said Franchino. “We should not shy away. We should be on the record.” But no other council member backed Franchino on his position.

After little open discussion – the issue had clearly been decided in an executive session prior to the public meeting – the town lawyer suggested changes to the referendum language: “Do you agree to lift the restrictive covenant, which currently limits Palisades Center mall to 1.854 million square feet of gross leaseable space?”

All five council members, including Franchino, fell into agreement.

A referendum is required under a so-called restrictive covenant the mall owners agreed to when the West Nyack mall was being built in the 1990s. Approval by voters would take away restrictions on the mall’s indoor space. Councilman Patrick Carroll pointed out the mall is not “expanding” but filling out unused space – and if it did have intentions to expand or reconfigure, it would need planning board approvals.

Back in 2002, voters overwhelmingly said no to the mall’s expansion after the town held a referendum to release the mall from the “restrictive covenant,” that prohibits utilization of the unused space.

Over the past two years, the mall’s occupancy has declined to 82 percent vacancy and has lost major tenants including Lord & Taylor, JC Penny, and Bed Bath & Beyond. Ongoing closures and bankruptcies in the retail and restaurant sectors will continue to dog the mall’s survival though RCBJ sources have said new prospects are considering leasing space, including the fourth floor.

Mall representatives over the past two years have been telling town leaders the expanded space would be used for entertainment or “experiential” use but the timing makes that uncertain now. The Palisades Center is having to content with the behemoth of New Jersey’s American Dream Mall, which began opening late last year with a vast raft of pleasurable entertainment options. But the pandemic has all but shut down the entertainment sector for now and until the U.S. gets control over the virus or a vaccine is developed, uncertainty lingers over what will give the Palisades Center the lifeline in needs.

Two weeks ago Pyramid Companies has reached an agreement with its lenders to avoid foreclosure. The maturity date for the loan has been extended to either October 2021 or whenever Palisades Center pays off the last of the 12 monthly installments, whichever comes first.

The debate over a vote on the covenant to lift the restriction has been going on for years. EklecCo NewCo, an LLC, the company that owns and operates the Palisades Center, and Clarkstown are still awaiting a ruling from the Second Circuit Court of Appeals over the mall’s efforts to lift the restrictions preventing it from expanding beyond its present 1.85 million square feet without voter approval.

The mall owners claim that when the Palisades Center was being built in the 1990s, it was unfairly forced into accepting the restrictive covenant’s terms.

If the Second Circuit Court of Appeals does not rule prior to Nov. 3rd and voters decide to let the mall expand, the suit might be moot. However Pyramid Companies, which owns the mall, could file claims for attorney’s fees if the court determines them to be a “prevailing party,” and the case would be remanded back to the district court.